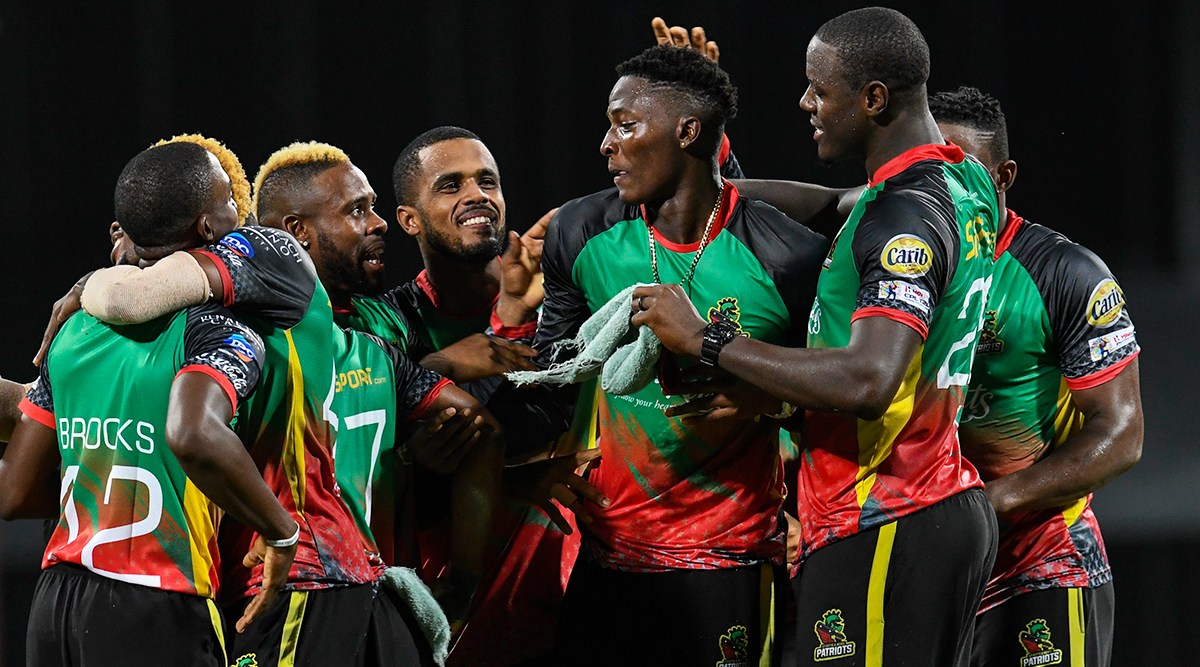 St Kitts and Nevis Patriots bagged a thrilling last-ball win against Barbados Tridents to book a spot in the playoffs of Caribbean Premier League 2019. Patriots won the game on the final ball by just 1 run and kept alive their dreams of reaching the final. Dominic Drakes defended two runs off the final ball after dismissing on strike batsman Harry Gurney. The Patriots bowler defended 12 runs off his last over as Patriots sought to defend first innings score of 149 runs. With the victory, Patriots leapfrogged to 2nd position in CPL 2019 points table, displacing Trinbago Knight Riders down to the third spot in latest team rankings. Dwayne Bravo Ruled Out of CPL 2019 Due to Injury, Kieron Pollard Appointed Captain of Trinbago Knight Riders.

While batting first at Kensington Oval in Barbados, Patriots put up 149 runs on scoreboard after losing 7 wickets. Shamarh Brooks smashed a half-century and was the only batsman to cross 20-run-mark in his team. While defending the low score as per CPL 2019 standards, brilliant bowling became the only hope of victory for Patriots. With Sheldon Cottrell and Carlos Brathwaite's three-wicket hauls, Patriots did manage to restrict Tridents within the limit.

Tridents looked stable to reach the target at one point with 85-2, however, a batting collapse occurred after the point which enabled Patriots to emerge winner in the match. Middle-order batsmen Jonathan Carter (2), Jason Holder (1) and Ashley Nurse (2) lost their wickets cheaply as Patriots started dominating the match. Raymon Reifer (34) maintained hopes for Tridents, however, his unfortunate run-out twisted the match in Patriots' favour.

The final battle came down to the last over when Gurney needed to defend 12 runs to pull off a victory. With inputs from his captain Brathwaite, the 21-year-old successful emerged as a match-winner on the last ball in spite of getting hit for a six in the over. Since top four teams will qualify for playoffs in CPL 2019, Patriots have fixed their beeth after the final group stage match. Now, Barbados Tridents vs St Lucia Zouks game becomes a knockout clash with the winning team qualifying for a playoffs spot.