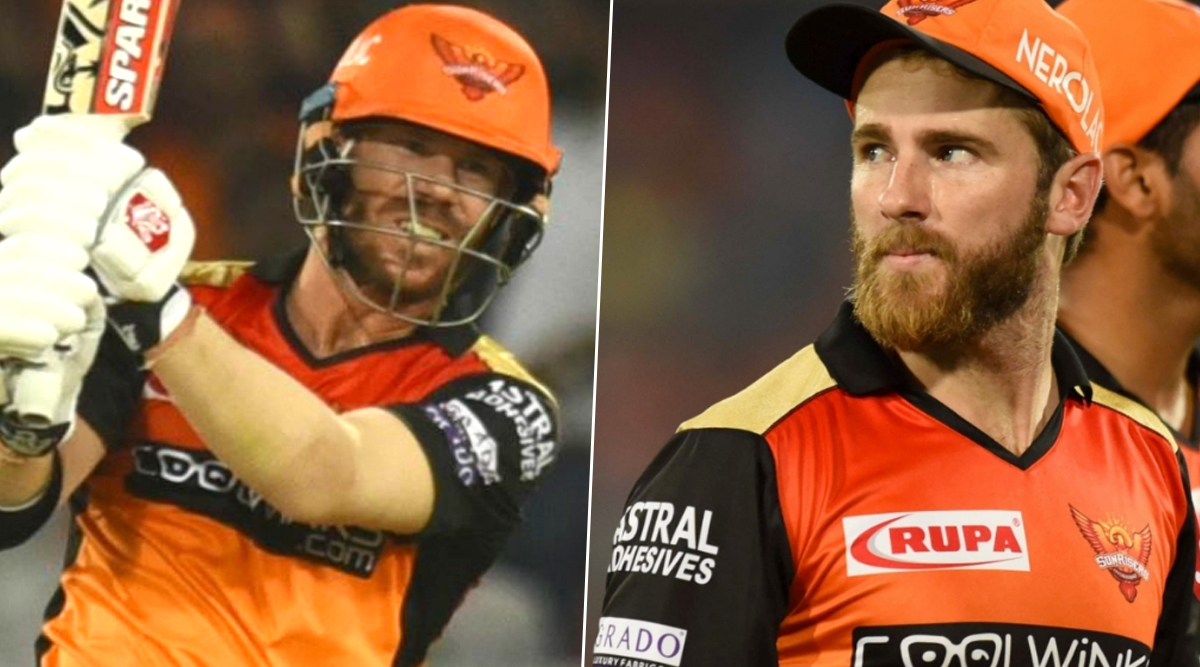 Australia’s swashbuckling opener David Warner has been in red-form in the shortest format of the game and courtesy that, the southpaw has been redrafted as captain of Sunrisers Hyderabad (SRH) for Indian Premier League (IPL) 2020. Warner will take over the reins of the side from Kane Williamson and the decision certainly hasn’t gone down well with the cricket fans all-round the world. They feel that the SRH franchise should have stuck with Kane Williamson as the right-handed batsman has done well in his tenure and hence, removing him was unfair. IPL 2020 Schedule of Sunrisers Hyderabad: SRH Releases Team Fixture.

Earlier, it was Warner only who used to lead the Hyderabad-based side in the gala tournament. From 2014 to 2017 edition of the tournament, the Aussie batsman captained SRH and also guided them to the title in 2016. However, he faced a one-year suspension in March 2018 for getting involved in the ball-tampering scandal. Hence, he didn’t participate in IPL that year and SRH appointed Williamson as their new skipper. The Kiwi star immediately showed his impact by guiding his side to the finals that year. In fact, Williamson continued to lead the side even when Warner made a comeback in IPL 2019. However, the SRH-franchise has contemplated their decision and reappointed Warner as skipper. IPL 2020 Schedule in IST: Full Timetable of Indian Premier League Season 13 With Match Timings and Venue Details.

Well, the decision hasn’t impressed the netizens a lot and let’s look at how they reacted.

Not done SRH #kanewilliamson is a much better captain then warner.

Kane played very well for srh in absence of warner

Kane should be the captain

A bit harsh on #KaneWilliamson. He did a fabulous job last season, took his team to the top four and missed the semi-final berth by a whisker. With @davidwarner31 back at the helm, Kane's position in the team even as a batsman is not guaranteed now. #IPL2020 https://t.co/lZEmaV9Uv1

Fans Want Williamson Back As Captain!!

Warner, however, enjoyed a successful stint with SRH and has a good captaincy record too. In addition, the 33-year old has consistently delivered with the bat and won the orange cap three times, most by any batsman. Nevertheless, Williamson also bagged the orange cap in the 2018 edition of the tournament and also guided his side to the finals.