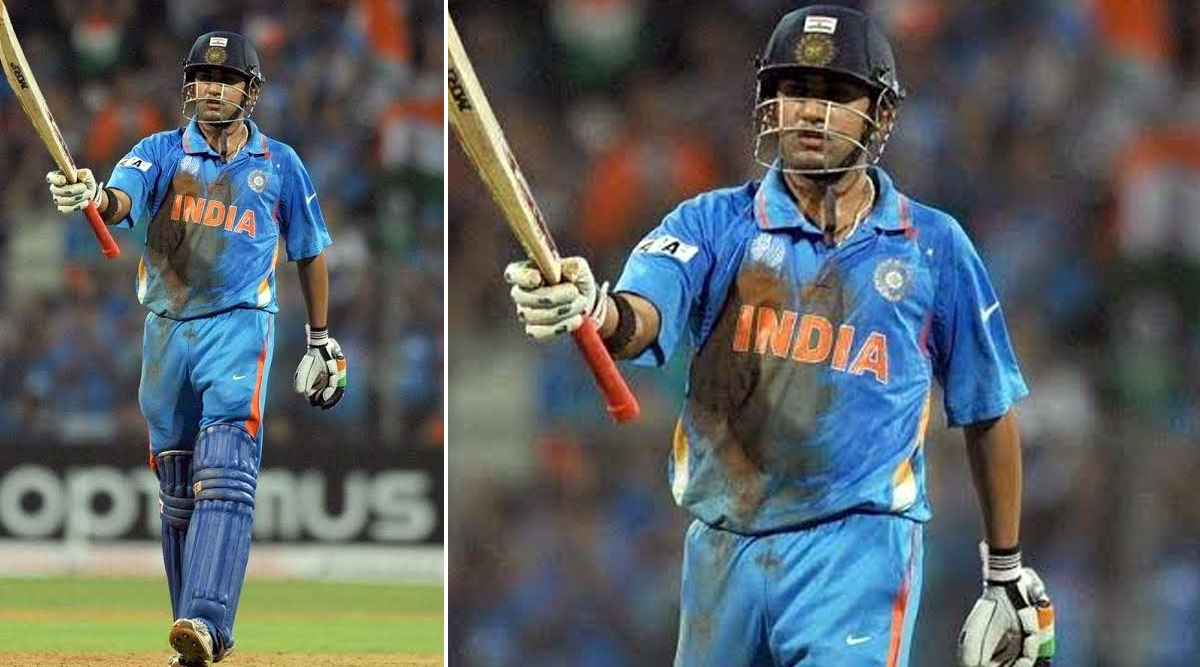 India’s triumph in the ICC Cricket World Cup 2011 has a special place in the hearts of several Indian cricket fans and on the ninth anniversary of the victory, cricket fanatics relived the match and made Twitter go berserk. Netizens also recalled Gautam Gambhir’s fighting knock in the final against Sri Lanka and hailed him for his efforts. In the high-voltage encounter, the southpaw played a memorable innings against all the odds and set a great base for MS Dhoni and Yuvraj Singh to finish off the game. The Delhi-born cricketer, unfortunately, felt three runs short off what could have been a fantastic century but did enough, to guide the Men in Blue to the title. This Day, That Year: When MS Dhoni’s Sensational Knock Guided India to Win ICC Cricket World Cup 2011 Trophy.

Chasing a total of 275 runs at the Wankhede Stadium, Gambhir came into bat in the third ball of the innings after swashbuckling opener Virender Sehwag was dismissed after bagging a duck. Soon after, in-form Sachin Tendulkar was also dismissed for 18 and India were completely on the back foot. However, Gambhir stitched brilliant partnerships first with Virat Kohli and then MS Dhoni to bring his side back in the game. Despite approaching his hundred, he went for a big shot and eventually, was dismissed at 97. Nevertheless, his efforts didn’t go in vain as skipper Dhoni guided the Men in Blue to a six-wicket victory.

Gautam Gambhir was batting when Sehwag and Sachin went early in succession and Dhoni came after an 80 run partnership , it was Gambhir's patience innings which helped India to win WC .

One who fought for 125 crore Indian's Dream that night ❤️👏🙏 Gambhir pic.twitter.com/oh74xZpmOo

Gautam Gambhir won the man of the match for his excellent 122 ball 97 runs, which helped team India win the world cup after 28 years.#WorldCup2011 #9YearsOf2011WC #gambhir

Although I m Mahi fan but you should have posted this picture too ,Gambhir had played a big role .❤️🇮🇳 pic.twitter.com/TTN0G7bcEL

Gambhir | The architect of the chase

So often do his performances tend to go unnoticed but he was always the one who stood up when it mattered the most pic.twitter.com/ENW5rZEsWv

Gambhir scored 20 centuries in international cricket. However, he will be most remembered for his 97 which came in the epic clash. In 2018, the left-handed batsman brought curtains to his illustrious career and started his second innings in the field of politics.