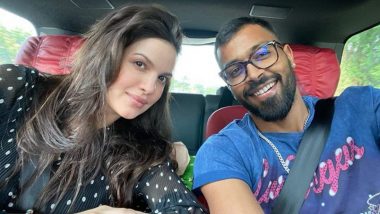 Hardik Pandya on Thursday (July 30, 2020) announced that he and wife Natasa Stankovic have become proud parents after the birth of their first child. The Indian all-rounder took to social media to share the news with his fans. ‘We are blessed with our baby boy’ the 26-year-old wrote as he shared the first picture of his new-born child. And now the Indian cricketer has begun with his dad duties. Hardik Pandya and Natasa Stankovic's Baby Boy Is Welcomed by Netizens with Funny Memes and Jokes Along with Warm Blessings and Heartfelt Messages!

Hardik Pandya seems to be enjoying his responsibility as a new father as the 26-year-old recently shared a picture while shopping for his baby. ‘Baby's diapers are on the way’ the Mumbai Indians cricketer wrote as he tagged wife Natasa Stankovic in the story. In the picture, Hardik could be seen sitting in the front seat while the diapers were kept in the back. Hardik Pandya's Son First Pic Out: Team India All-Rounder and Nataša Stanković Become Proud Parents of Baby Boy! 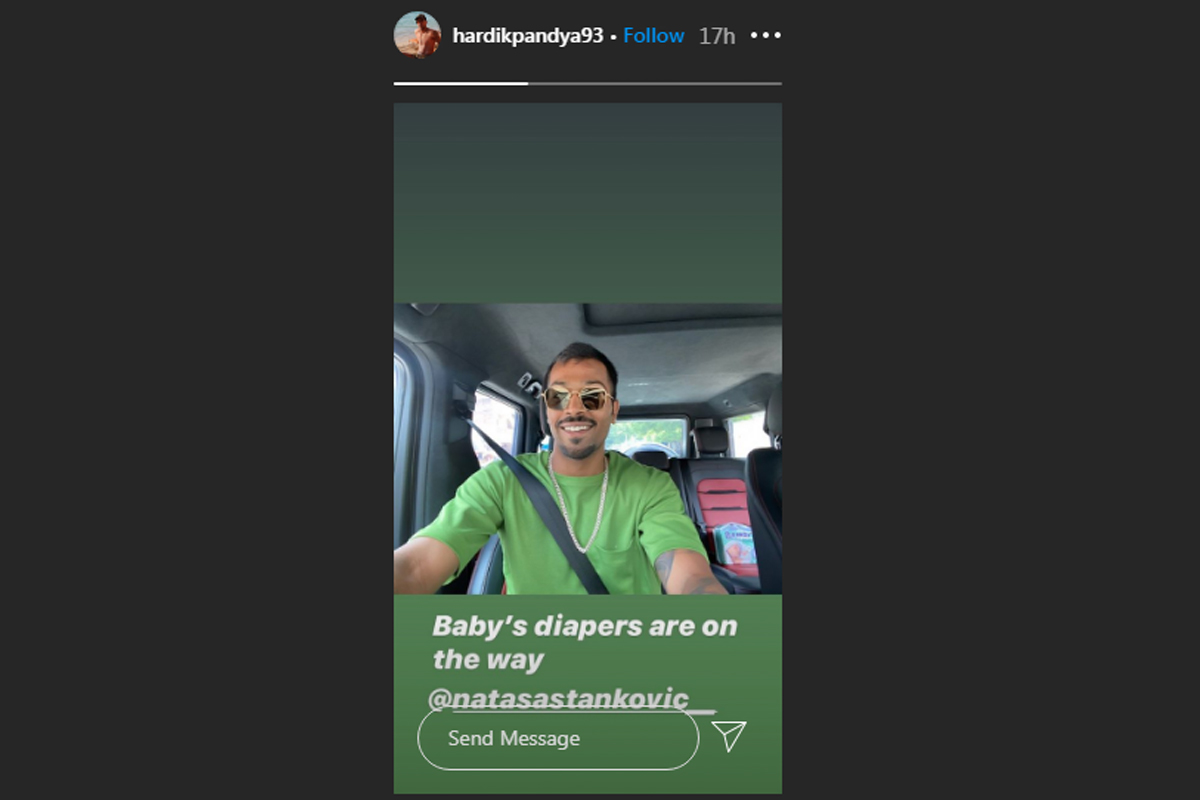 Hardik Pandya and Natasa Stankovic shocked the world when they announced their engagement in New Year’s Day 2020. The Indian cricketer proposed the Serbian actress on a yacht by going down on one knee and the couple got marries during the lockdown.

The Indian cricketer has been out of international action since November 2019 due to a back injury. However, he is expected to make his on-field comeback for Mumbai Indians when the franchise begins their IPL 2020 campaign later in the year.

The cash-rich league was scheduled in March 2020 but dour to the coronavirus pandemic it was temporarily postponed. However, the T20 competition will; now be played in UAE in September and an official schedule is expected to be announced when the IPL governing council meet on August 2, 2020.

(The above story first appeared on LatestLY on Aug 01, 2020 08:50 AM IST. For more news and updates on politics, world, sports, entertainment and lifestyle, log on to our website latestly.com).