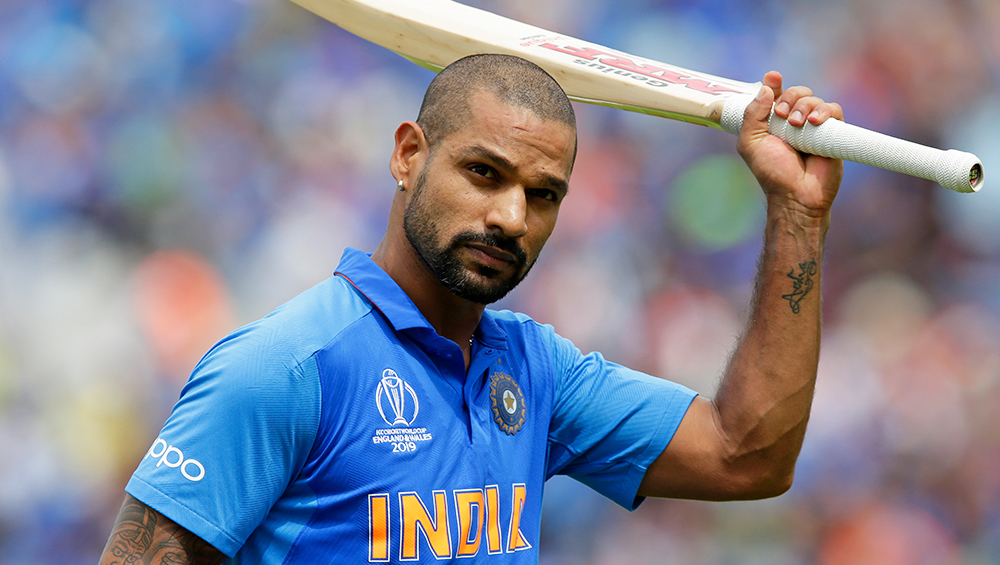 Shikhar Dhawan celebrates his 34th birthday today and Gabbar fans have made it a top trend. Fans in huge numbers have poured in their good wishes for the left-hander. Now, this also included his colleagues from the Indian cricket team as they took to social media and tweeted the cricketer a very Happy Birthday.  Suresh Raina, Hardik Pandya and Harbhajan Singh took to social media and posted tweets wishing the left-hander. Shikhar Dhawan made a debut into the Indian team in 2010. Happy Birthday Shikhar Dhawan: 7 Lesser-Known Things About Gabbar as he Turns 34.

Making his Test debut in 2013, Dhawan is the fastest Indian Batsman to reach the 2000 and 3000 runs mark in ODIs. The left-hander is currently eighth on the all-time list of the highest run-getters in the Under-19 World Cup. Dhawan will not be a part of the series against West Indies due to an injury but his colleagues and fans left no stone unturned to make the day special for him.

Happy birthday brother @shikhardofficial. May this birthday bring lots of happiness & success your way my gem.

All his fans would be hoping for Dhawan to recover soon and return to international cricket as early as possible. On behalf of the entire team of LatestLY.com, we wish Dhawan a very happy birthday and may he continue to shatter records and continue to make India proud.