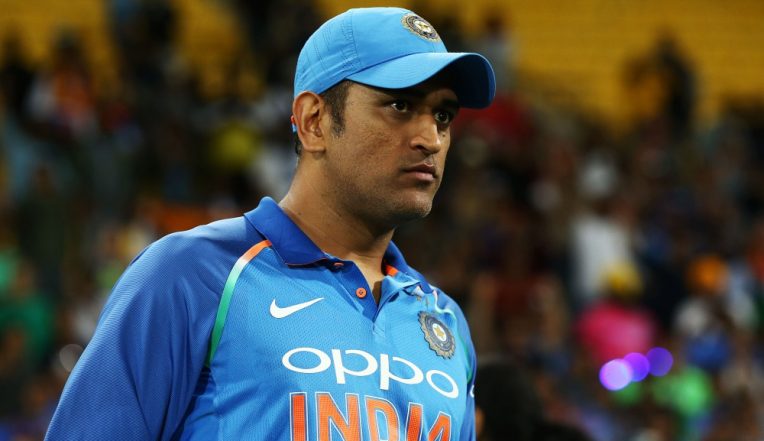 The last time MS Dhoni handled the reins of the team was during the Asia Cup 2018 which was his 200th match as a captain. The match played by the Men in Blue against Afghanistan ended with a draw. Now yesterday, when Rohit Sharma left the ground for a while as he was receiving treatment on his injured finger, it was MS Dhoni who took over the captaincy for a while and set up the field for the situation. The incident happened in the 16th over of the match. Rohit Sharma Surpasses Virat Kohli & MS Dhoni; Joins Michael Clarke & Sarfraz Ahmed’s Elite Captaincy Record During Ind vs NZ 2nd T20I 2019.

Rohit Sharma suffered from a slight injury after he took Colin de Grandhomme's catch. Since there was no official captain announced in the series, Dhoni took the onus and continued to guide the youngsters as long as Rohit was getting treated. The former Indian captain looked quite animated as always as the bowlers conceded seven runs from the over. Check out the video of the incident below.

Talking about MS Dhoni, the wicket-keeper batsman remained not out on the score of 20 runs from 17 balls. Mahi hit one four and stood by Rishabh Pant who was blazing guns. Pant scored 40 runs from 28 deliveries, hitting four 4s and one maximum. Rohit Sharma scored 50 runs from 29 deliveries hitting three fours and four sixes. Thus, Rohit went on to become the highest run scorer of the T20Is surpassing Martin Guptill and Shoaib Malik as the Indians chased the total of 158 runs.