The Internet is full of memes trolling Brazilian footballer Neymar Junior for dramatically rolling on the field after Mexican player Miguel Layun had stepped on his ankle during the pre-quarters of the 2018 FIFA World Cup. 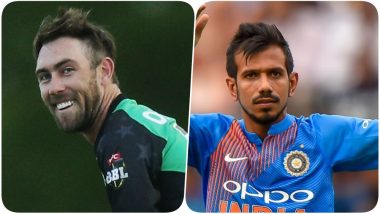 The Internet is full of memes trolling Brazilian footballer Neymar Junior for rolling on the field in pain during the pre-quarters of the 2018 FIFA World Cup. Netizens have had a field day taking jibes at the footballer who reacted rather dramatically after Mexican player Miguel Layun stepped on his ankle. Netizens took a jibe at the footballer for doing so. Now, yesterday when India played England at Trent Bridge, Nottingham Australia’s Glen Maxell trolled Indian spinner Yuzvendra Chahal for doing a Neymar.

So here’s what happened. Yuzvendra Chahal was bowling to Ben Stokes and the batsman flicked the bowl to mid-wicket for a single. Hardik Pandya who was fielding threw the ball back to Chahal which accidentally hurt the latter’s knee. The very next moment, Chahal was seen rolling on the floor. The Australian all-rounder took to the Instagram story and posted the video with a caption, “Neymar.” 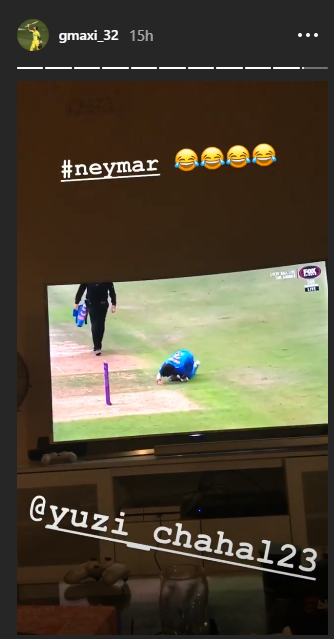 Talking about the match yesterday, India thrashed England by 8 wickets. Kuldeep Yadav snapped 6 crucial wickets, whereas India’s hitman Rohit Sharma hammered a blistering knock of 137 runs off 114 balls. Now India has a lead of 1-0 in the ODI series. After winning the match, Virat Kohli praised Yadav for the bowling, “As clinical as it can be. We knew it was a really good wicket but wrist spin in the middle overs would be tricky. When they have 10 overs then know they have the skills to have an impact. Kuldeep was outstanding, I don't think I've seen a better ODI spell in a while. We want him confident because we know he can be a matchwinner - 50 over cricket, if you don't get wickets it's very difficult. [Kuldeep for the Test side?] There might be a few surprises there, we have a few days to pick the Test side. Looking at the England batsmen struggling we might be tempted to do that. The weather has been lovely, very welcoming. It's been good so far. It doesn't feel like we away from home. There's some tough cricket in front of us."

(The above story first appeared on LatestLY on Jul 13, 2018 11:11 AM IST. For more news and updates on politics, world, sports, entertainment and lifestyle, log on to our website latestly.com).