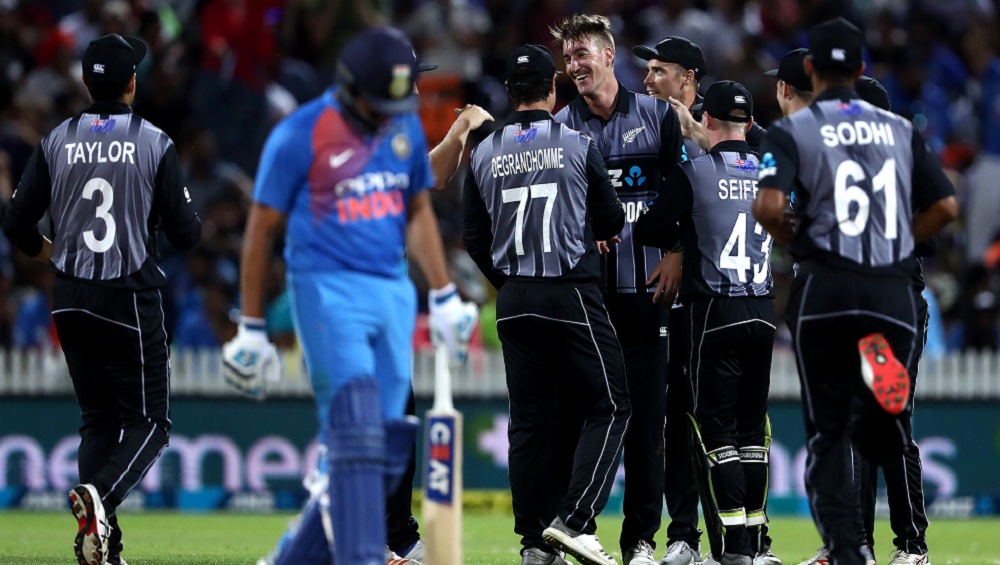 It was a series decider and hosts New Zealand emerged victorious to take a three-match series 2-1. New Zealand batting first posted 212 for four with opener Colin Munro scoring 72 off 40 balls. In response, India managed 208 for six and lost the game by just four runs.

In the second game of the three-match series, India drew level. Batting first, New Zealand managed 158 for eight in 20 overs. Colin de Grandhomme scored 50 off 28 balls to take his side to a decent total. In response, thanks to Rohit Sharma’s 29-ball 50, India reached the target in 18.5 overs. Did You Know Virat Kohli Has Never Played a T20I in New Zealand? IND vs NZ 1st T20I 2020 Will Be Indian Captain's First.

It was the series opener, and New Zealand won the contest convincingly. Set a target of 220 runs, India were bundled out for just 139 runs. Tim Seifert was the top-scorer with 84 off 43 balls.

This was also a series decider of a three-match series and India won it by six runs. The match was reduced to eight overs per side due to rain. Batting first India posted 67 for five in eight overs. And then, the Blackcaps were restricted to 61 for six in eight overs.

Set a target of 197, India managed only 156 in their allotted 20 overs despite Virat Kohli’s 65 off 42 balls. Trent Boult picked 4/34 to help his side win by 40 runs. Opening batsman Colin Munro smashes unbeaten 58-ball 109 in the match. Virat Kohli Record in T20Is Vs New Zealand: Ahead of IND vs NZ Series, Here's a Look Indian Skipper’s Performance Against Black Caps.

With T20 World Cup 2020 scheduled to take place later this year, teams will be focusing on the shorter format of the game. And thus India and New Zealand face-off in five T20Is. India come into the series with a slight advantage to begin with. However, the Kiwis will be eager to do well and further strengthen their head-to-head record against India.