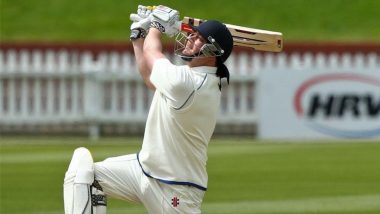 When India’s limited-overs squad was busy playing white-ball cricket, the BCCI had arranged for six Test-match specialists, including Rahul Dravid and VVS Laxman, to play in the Plunket Shield to provide them with much-needed practice. India vs New Zealand Part 15, 2003/04: India Survive Mohali Scare.

New Zealand’s 279 at Hamilton included hundreds from Jesse Ryder (102) and Daniel Vettori (118). Sachin Tendulkar got 160 in response as India secured a 241-run lead. Then Harbhajan Singh (6-63) took over, and the Indian openers comfortably chased down 39.

However, this time New Zealand ran into Gautam Gambhir, whose 11-hour 137 remains one of the greatest stonewalling efforts of the 21st century. Laxman followed his 76 with 124 not out, and Dravid, Tendulkar, and Yuvraj Singh all got fifties, and India saved the Test match.

And at Wellington, Zaheer Khan (5-65) helped India take a 182-run lead. Gambhir (167) then helped India pocket the series. In fact, New Zealand had to bat five sessions to save the Test match. Harbhajan (4-59) led the Indian attack, but Taylor (107) kept India at bay until 20 minutes after lunch on the final day. New Zealand were eight wickets down, but it rained at this point, and there was no further play.

(The above story first appeared on LatestLY on Jun 21, 2021 07:27 PM IST. For more news and updates on politics, world, sports, entertainment and lifestyle, log on to our website latestly.com).