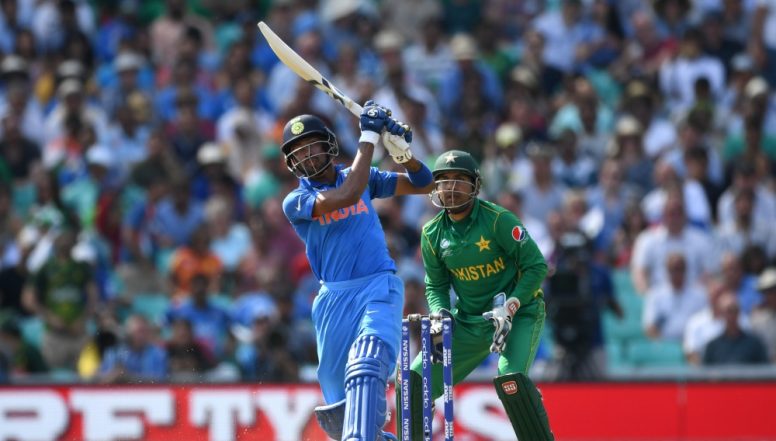 One of the highlights of the upcoming ICC Cricket World Cup 2019 is India vs Pakistan contest. Traditional rivals, India and Pakistan clash on June 16 at the Old Trafford Cricket Ground in Manchester, England. And ahead of the tournament, India vs Pakistan match tickets were sold out inside 48 hours! It is obvious why Ind vs Pak match is having such an enormous response. The two rivals hardly face-off in bilateral series and any contest becomes a definite blockbuster. Pakistan Fan 'Mauka Mauka Man' Spotted in Star Sports' New Promotional Video for ICC Cricket World Cup 2019.

“It is definitely going to be huge. Last year when India played against England in a T20 match here, it was a gorgeous sunny day and the crowd was predominantly Indian. The stadium was painted with Indian colours and the Bharat Army was very noisy. It was a great game of cricket and India was far too good and the atmosphere was amazing and it’s going to be even louder for the India-Pakistan Game,” said Dan Whitehead, Corporate Sales and Business Development Manager at Cricket Lancashire told IANS.

Meanwhile, as per Cricket Lancashire, 70 per cent of the enquiries for the India-Pakistan match have come from India and the tickets were sold-out within 48 hours. “Because of the huge demand, we created more packages and at this very moment, we have only 200 packages left for those who would like to still make it for the big game,” Whitehead added. ICC Cricket World Cup 2019 Schedule in PDF: Ticket Prices, Dates, Venue Details & Timetable Available for Download Online.

Apart from match against Pakistan, India will take on West Indies on June 27 at Manchester as well. “For the India-Pakistan game, there will be a special fan zone in the city. It’s actually an area dedicated to cricket fans and has been organised by ICC. It will move from one city to another and during the weekend of June 16, it will be in Manchester. We will have big screens to watch the India-Pakistan game and other matches. We have also created a special website for visit Manchester, that’s a guide to what Indian visitors will particularly want to see around. It also gives information about where to get Indian or vegetarian food,” said Tim Manley, Marketing Manager in-charge of India at Marketing Manchester.