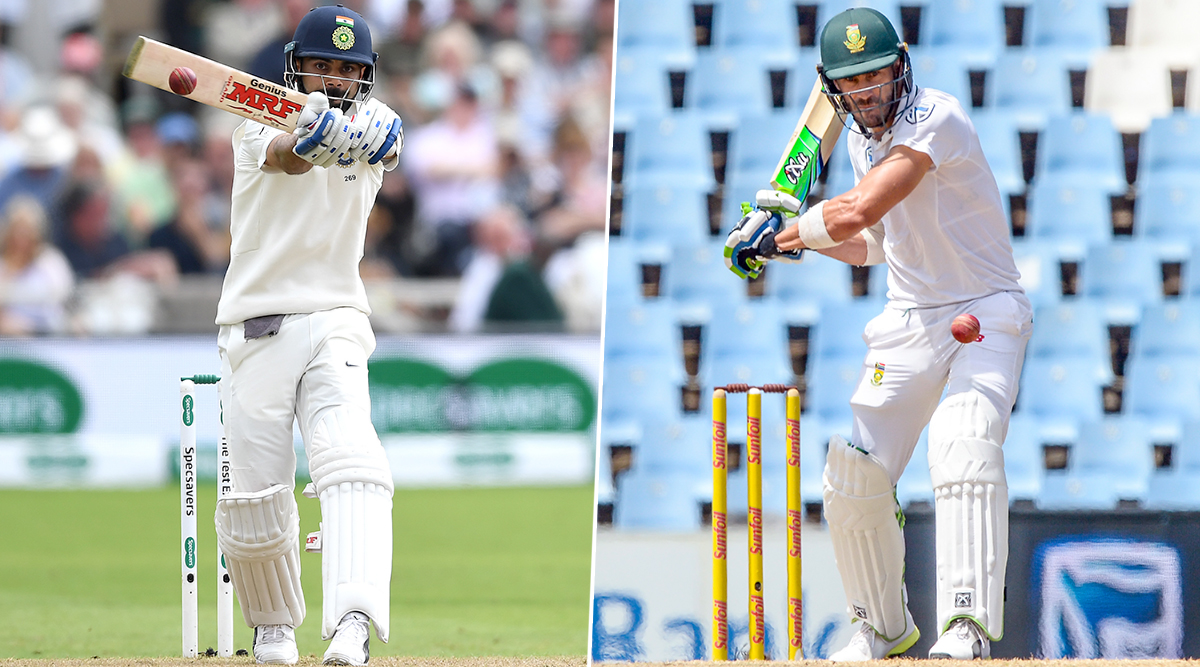 Pune, October 9: After registering a comprehensive 203-run victory in Visakhapatnam, India will look to continue with their dominant run and seal the ongoing three-Test series when they face South Africa in the second match beginning Thursday at the Maharashtra Cricket Association (MCA) Stadium. In the first Test, the hosts were absolutely ruthless in all departments. Rohit Sharma marked his foray into Test match opening, with twin hundreds shattering many records while his opening partner Mayank Agarwal too scored a double-ton, thus pleasing the entire team management. India Vs South Africa, Cricket Score 2nd Test Match.

The duo laid the foundation for the team and it was followed by the combined efforts from Ravichandran Ashwin, Ravindra Jadeja and Mohammed Shami that the team extended their cent per cent win record in the ICC World Test Championship. However, they would be wary of the fact that Pune is the only venue of India's solitary defeat, against Australia in 2017, at home in over six years -- a fact which will charge Virat Kohli and his men to set the records right. India vs South Africa Dream11 Team Prediction: Tips to Pick Best Playing XI With All-Rounders, Batsmen, Bowlers & Wicket-Keepers.

South Africa, on the other hand, will try to take confidence from their first innings effort to score 431 in the previous Test and put in a bettor performance with both bat and ball to prevent India from clinching a record-breaking win in Pune. Faf du Plessis will be expecting his bowlers for a lot more accuracy and incisiveness, particularly in the spin department. India are unlikely to make any change to their Playing XI while the Proteas might bring in an extra pacer to make early inroads into the strong Indian batting line-up.