India vs West Indies, 1st ODI 2019: Mohammed Shami vs Shai Hope & Other Exciting Mini Battles to Watch Out for in Chennai 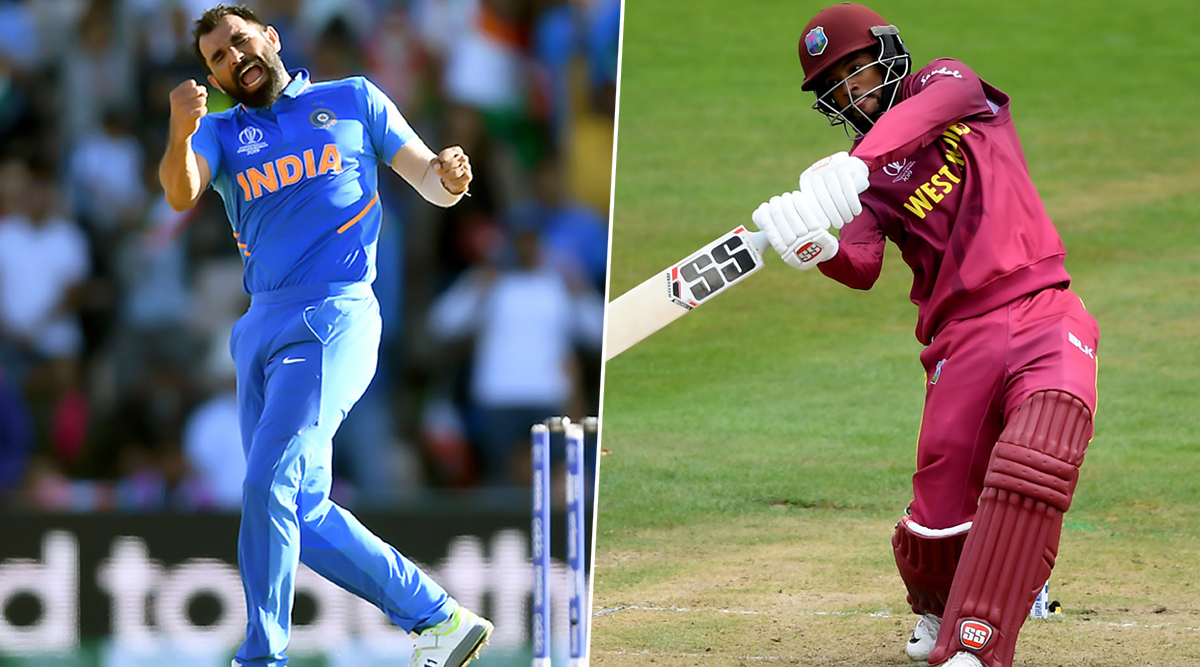 After a mind-boggling T20I series, India and West Indies are set to lock horns in the 50-over leg of the tour. The first of the three ODIs will be played on December 15 at the MA Chidambaram Stadium in Chennai. Virat Kohli and Co emerged victorious in the recently concluded T20I series by 2-1 and will also step in the upcoming series as favourites. However, the visiting side also consists of many players who can turn the match on its head and thus can’t be taken lightly. The clash in Chennai is expected to witness some fierce battles between the bat and the ball and below we’ll look at some of those individual clashes. India Vs West Indies, Cricket Score 1st ODI Match.

Indian side might be going through a purple patch but the injuries of Shikhar Dhawan and Bhuvneshwar Kumar might hurt them in the upcoming clash. However, players like KL Rahul, Rohit Sharma and Virat Kohli are in top form and the opposition must vary off them. On the other hand, the return of Shai Hope will certainly provide more stability to the Caribbean batting line-up and dashers like Shimron Hetmyer and Nicholas Pooran will have the onus to clear the ropes. So, as the 1st IND vs WI ODI takes a countdown, let’s look at some mini-battles which can be witnessed in Chennai. India vs West Indies Head-to-Head Record: Ahead of 1st ODI 2019, Here Are Match Results of Last Five IND vs WI Encounters.

The Shai vs Shami battle will surely be seen in the opening ODI as both the players will start the proceedings for their team with the bat and the ball respectively. The Caribbean batsman is quite familiar to the Indian conditions and will seek to make the maximum utilisation of his experience. However, the right-arm pacer is enjoying the form of his life and will look to uproot Hope’s timber as soon as possible.

With the kind of form Rahul displayed in the T20I series, he is certain to open the Indian innings alongside Rohit Sharma. However, he will be challenged by West Indies’ soldier Sheldon Cottrell. The pacer can use the new-ball to good effect and his ability to swing the ball at a brisk pace can give many batsmen a run for their money. Both the players displayed decent performances in the T20I series and let’s see, who wins the battle in ODIs.

Who can forget Hetmyer’s mayhem in West Indies’ 2018 Tour of India? The southpaw scored runs for fun and tormented the Indian bowlers. However, Kuldeep got the better of Caribbean quite a few times and the battle between these two youngsters will be an interesting one. In fact, the left-arm spinner also dismissed  Hetmyer in the last T20I in Mumbai and will look to fox him once again. While the left-handed batsman will want to rectify his mistakes and smash a big score in the series opener.

The last time these two teams locked horns in an ODI series, India thrashed West Indies 2-0 in their own den and will take a lot of confidence from their previous triumph. However, Kieron Pollard and Co displayed a good fight in T20Is and their chances of winning the ODI series can’t be ruled out easily.