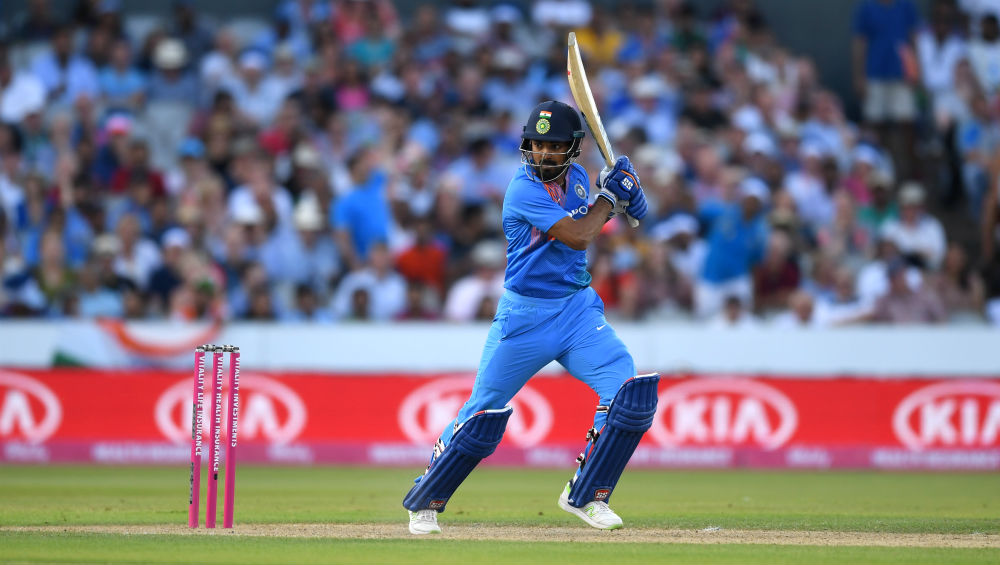 Seems like the dark clouds have ended for KL Rahul as he looked at his prime in the 1st India vs West Indies T20I and mustered his seventh half-century in the shortest international format. In the ongoing match, the batsman replaced injured Shikhar Dhawan and made perfect use of the opportunity. Chasing a total of 208 runs, Rahul opened the innings with Rohit Sharma and gave his side a great start. The Indian vice-captain was dismissed for 8 but the former joined forces with skipper Virat Kohli and carried the innings forward. The duo are still going strong and will eye to guide India over the line. India vs West Indies Live Cricket Score 1st T20I Match.

By crossing the 26-run mark, Rahul became the second-fastest Indian and third fastest overall to reach the landmark of 1000 T20I runs. The 27-year old is still going strong and will like to add many more runs in his tally. This was Rahul’s second consecutive fifty as he also crossed the 50 run mark in India vs Bangladesh 3rd T20I. In recent times, the right-handed batsman got a lot of criticism for his poor show but it looks like Rahul has gone to his prime again and the opposition must vary off him. KL Rahul Becomes Second-Fastest Indian to Score 1000 T20I Runs, Achieves Landmark During India vs West Indies 1st T20I 2019.

Earlier in the match, Virat Kohli won the toss and invited the visitors to bat first. The decision didn’t prove to be much fruitful as the Caribbeans rained fours and sixes and guided their side to 207/5 in the first innings. Nevertheless, the Men in Blue have got off to a good start and will need to put the foot on the paddle in order to guide their team to victory.