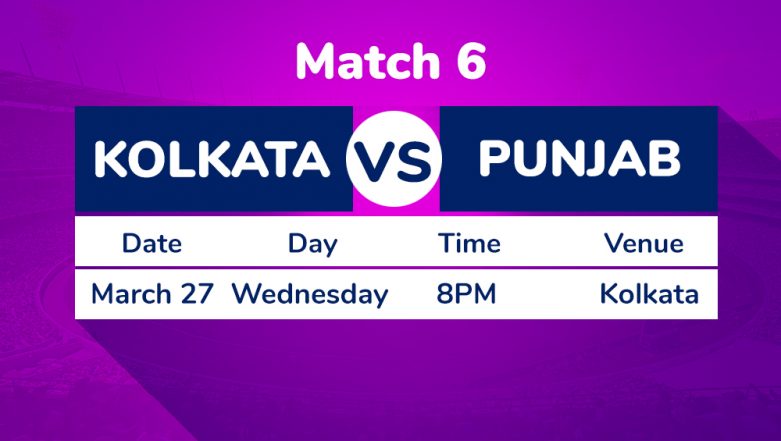 Kolkata, March 26: All eyes will be on R. Ashwin in the aftermath of the 'Mankading' controversy when Kings XI Punjab and Kolkata Knight Riders (KKR) lock horns in an Indian Premier League (IPL) clash at the Eden Gardens on Wednesday.

Punjab made a dramatic comeback to beat Rajasthan Royals by 14 runs at the Sawai Mansingh Stadium in Jaipur on Monday night. But the match was marrred by an incident in the 13th over when Ashwin reignited the spirit-of-cricket debate by running out non-striker Jos Buttler without bowling the ball. KKR Squad in IPL 2019: Team Profile, Schedule of Kolkata Knight Riders in VIVO Indian Premier League 12.

Punjab skipper Ashwin will once again lead his side against KKR with both teams looking to build on their opening game wins. IPL 2019 Schedule in PDF for All Matches: Download VIVO Indian Premier League 12 Full Timetable With Fixtures, Dates, Team and Venue Details.

KKR were in the dumps at home against Sunrisers Hyderabad till the 16th over, chasing 182 for victory. Needing 53 runs off 18 balls, the two-time champions banked on big-hitting West Indies all-rounder Andre Russell to fire once again and he did so in style, smashing a whirlwind unbeaten 19-ball 49 to take the team over the line with two balls to spare. KXIP Squad in IPL 2019: Team Profile, Schedule of Kings XI Punjab in VIVO Indian Premier League 12.

Simiarly, Punjab, defending 185, were staring down the barrel till the 13th over with Jos Buttler going hammer and tongs. But just when the England stumper-batsman looked set to take his team to victory, Ashwin controversially ran him out.

Punjab then took control of the game with the likes of Mujeeb ur Rahman, Sam Curran and Ankit Rajpoot bowling well and picking up wickets.

Like KKR, had Russell to thank for the win, Punjab saw West Indies great Chris Gayle continue his rich vein of form with a trademark 47-ball 79 after they were asked to bat. Middle-order batsman Sarfaraz Khan was also unbeaten on 46 off 29 balls. K.L. Rahul, looking to seal his spot in the Indian World Cup team, did not get runs and would be eager to better his tally at Eden.

Coming to the home side, their otherwise disciplined bowling looked lacklustre against Sunrisers Hyderabad and captain Dinesh Karthik would know all too well that they cannot be off the mark against Gayle and company.

Besides, Russell, Nitish Rana batted brilliantly to set up KKR's chase with a belligerent 68. He was sent in to open as Sunil Narine got injured while fielding and KKR could do the same on Wednesday. Head coach Jacques Kallis, though, said on Monday that Narine is fit to start.