Lasith Malinga Claims Four Wickets in Four Balls During Sri Lanka vs New Zealand, 3rd T20I; Check out the Video his first 'Double Hat-Trick' in ODIs Against SA in CWC 2007 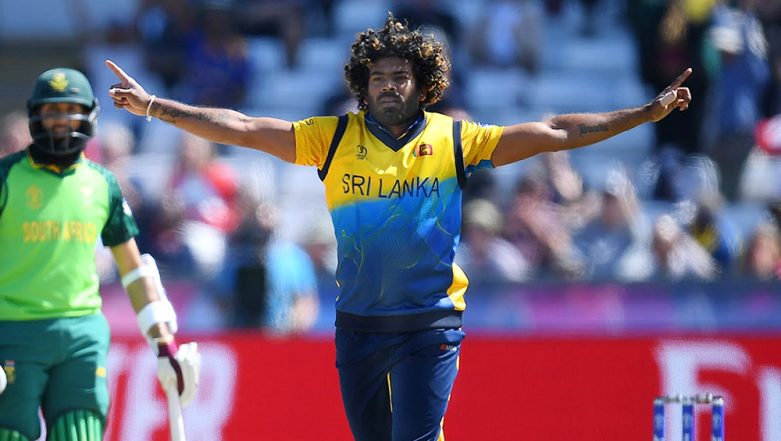 Lasith Malinga’s lethal spells have always been in the news and have proven hazardous on many occasions. Today at the Pallekele International Cricket Stadium, the pacer once again snapped a double hat-trick against New Zealand. However, this isn’t the first time that the pacer has snapped four wickets in four consecutive balls. It was during the Cricket World Cup 2007, against South Africa that Malinga had snapped four wickets and thereby proved his dominance. Lasith Malinga Snaps Four Wickets in Four Balls in 3rd T20I against New Zealand; Netizens Praise His 'Double Hat-Trick' Feat (Watch Video).

Talking about the game held at the Providence Stadium in Guyana, Malinga scalped wickets of Jacques Kallis, Shaun Pollack, Andrew Hall and Makhaya Ntini as the Protean chased a total of 209 runs. However, the performance from the pacer could not save the team as the South Africans won the game by 1 wicket with 10 balls remaining. It was Robin Peterson and Charl Langeveldt who led the team to the finishing line as they remained not out.

Talking about today, Malinga’s double hat-trick led the team to victory against New Zealand in the third T20I against the Kiwis. By the end of the game, Malinga snapped five wickets and saved the team from facing a whitewash in the three-game T20I. Needless to say that his feat was praised by the netizens on social media too and the netizens went gaga over his performance. With this, performance, Malinga walked away with the Man of the Match award.