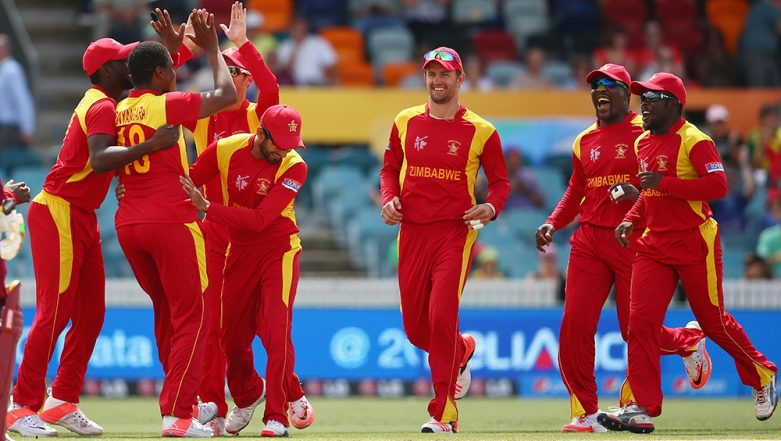 Zimbabwe is in Netherlands for a couple of T20I and ODI games. The teams will play their first ODI against each other today at Sportpark Het Schootsveld, Deventer. Before getting into the live streaming details of the match, let’s have a look at the head-to-head details of the teams. The two teams met each other once in the ICC Cricket World Cup 2003. The game was won by Zimbabwe by 99 runs. With this, the team will be looking forward to continuing their winning streak. Netherlands vs Zimbabwe Cricket Score 1st ODI Match.

For now, Zimbabwe has not qualified for the World Cup 2019 which obviously is something that the team is sad about. The team had lost 13 matches consecutively which ultimately led them to their ouster from the mega-event in England. However, their losing streak came to an end with their win against UAE by 4-0. The team will certainly look to have an upper hand over against Netherlands in the ODI and T20I series.

The series will mark the return of Netherlands players like Hamilton Masakadza and also Brendan Taylor. For Zimbabwe, Sean Williams, Micheal Rippon and Craig Ervin are the ones to look out for.

Netherlands vs Zimbabwe Schedule: Where and when will be the match between NED and ZIM starting?

As mentioned above, the game will be held at Sportpark Het Schootsveld, Deventer today on June 19, 2019. The match will start at 2.30 PM IST. Which means, the toss will take place half-an-hour prior which means at 2.00 PM. There is no official word on the official broadcaster of the match.

As per the official website of the Netherlands Cricket Board, all four ODI and T20I games will be telecasted and streamed exclusively on their official website kncb.nl and YouTube channel "CricketNederland" which is accessible via live stream across the globe. You can also get ball-by-ball-updates of the match here on Latestly.com.