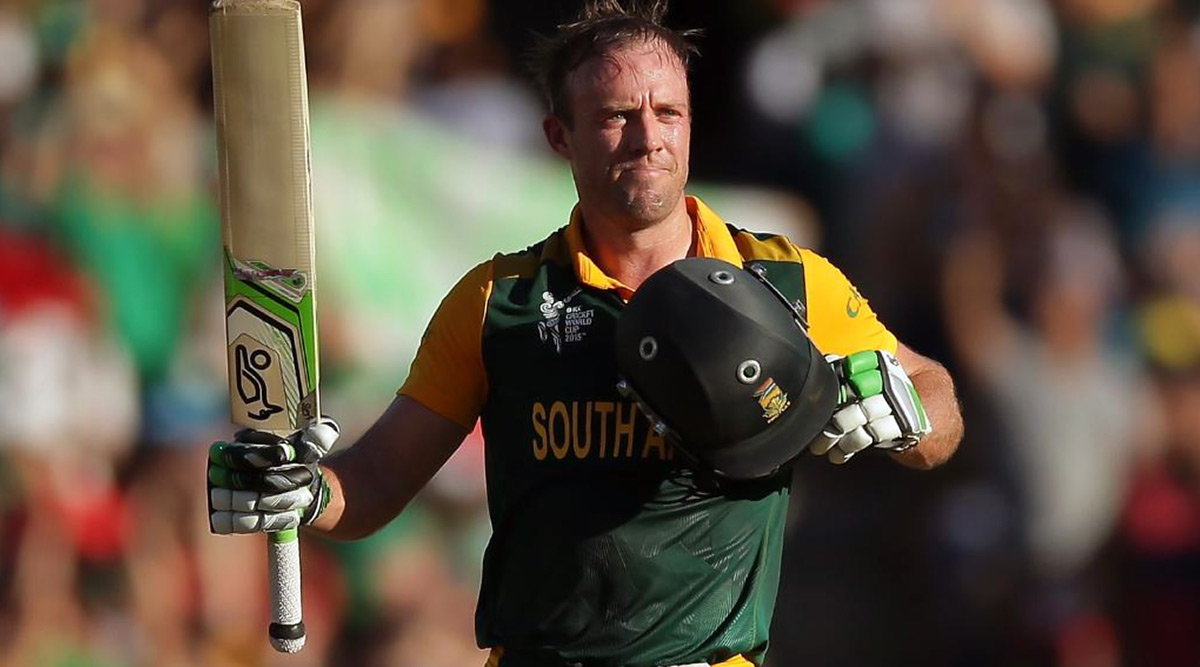 AB de Villiers doesn’t play international cricket anymore! He was done with it on May 23, 2018, and despite several reports claiming his return, De Villiers hasn’t turned back once in the last two years. But when he did play international cricket for South Africa, De Villiers was breaking records and writing new shots in the book called cricket. Every time he stepped in Protea colour for South Africa, De Villiers always dazzled the fans and terrorised the opposition with his shot-making, classy and all-round hitting. One such day was February 27, 2015, in Sydney where South Africa were playing West Indies in a crucial 2019 ICC Cricket World Cup match. ICC recalled that evening and an AB de Villiers masterclass when records flew in the air and the West Indies teams looked a group of 11 minuscule players facing a giant. Sir Vivian Richards, Sanath Jayasuriya, AB de Villiers Changed Cricket, Says Inzamam-ul-Haq.

West Indies and South Africa were facing each other in a crucial World Cup match and the Windies, led by Jason Holder, were off to a good start with the captain removing Quinton de Kock early. But Faf du Plessis and Hashim Amal weathered the early Caribbean storm with a solid 120+ runs partnership before Chris Gayle removed in the space of two deliveries to push South Africa back to start again. De Villiers had joined Rilee Rossouw at the crease for the rebuild. AB de Villiers Can Play in T20 World Cup 2020 for South Africa if He's in 'Good Form', Says Mark Boucher.

On this day in 2️⃣0️⃣1️⃣5️⃣, AB de Villiers smashed a 66-ball 162* against West Indies in the @cricketworldcup. It was:

The greatest batsman I have ever watched.

I really miss watching him play...

I wished he never retired.

De Villiers hit 17 boundaries and eight maximums for his knock of 162 runs in 66 deliveries to break a plethora of World Cup records and help South Africa record in what was then the highest score in World Cups and also the highest at the iconic Sydney Cricket ground.

South Africa returned with the ball and recorded few more feats by bundling West Indies for only 151 and recording a massive victory by 251 runs. Holder, who had conceded 104 in 10 overs – the worst figures in World Cups – scored 56 off 48 deliveries and that was the only good story for the Caribbean side.