Pakistan vs Sri Lanka Test Series 2019: Suranga Lakmal Ruled Out Against Pak Due to Dengue 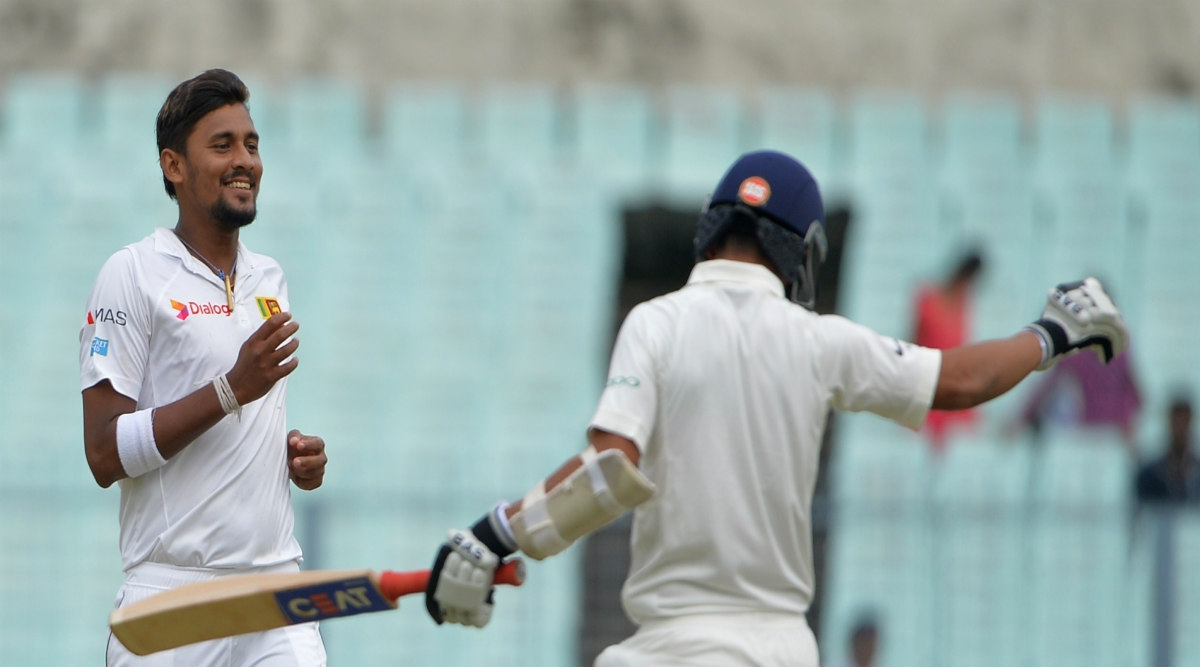 Colombo, December 9: In a major blow to Sri Lanka, right-arm pacer Suranga Lakmal has been ruled out of the upcoming two-Test series against Pakistan because of dengue. He has been replaced by youngster Asitha Fernando in the squad.

Lakmal has been spearheading the Sri Lankan bowling in Test matches in last few years. He has played 59 Tests so far, picking 141 wickets whereas Fernando has not played any international cricket since his debut in 2017 against Zimbabwe in an ODI. He has been playing for Sri Lanka's U23 and Emerging teams and is currently in Nepal as part of Sri Lanka's squad for the South Asian Games and thus will join the national squad only for the second Test. Pakistan vs Sri Lanka Test Series 2019: Hasan Ali Ruled Out of Two Home Tests Against SL Due to Rib Fracture.

The first match of the two-Test series will be played at the Rawalpindi Cricket Stadium from December 11 while the second Test will be held at the National Stadium in Karachi from December 19.

Sri Lanka visited Pakistan in September-October wherein the two teams competed in three ODIs and as many T20Is. Sri Lanka had last month announced their full-strength squad for the Test matches. The team, led by Dimuth Karunaratne, will leave for Pakistan on Sunday to take part in the series, held under the ongoing ICC World Test Championship.

The Test series will mark the return of Test cricket to Pakistan after 10 years. Sri Lanka were the last team to play Tests there, in 2009, when their tour was cut short by an attack on the team bus.