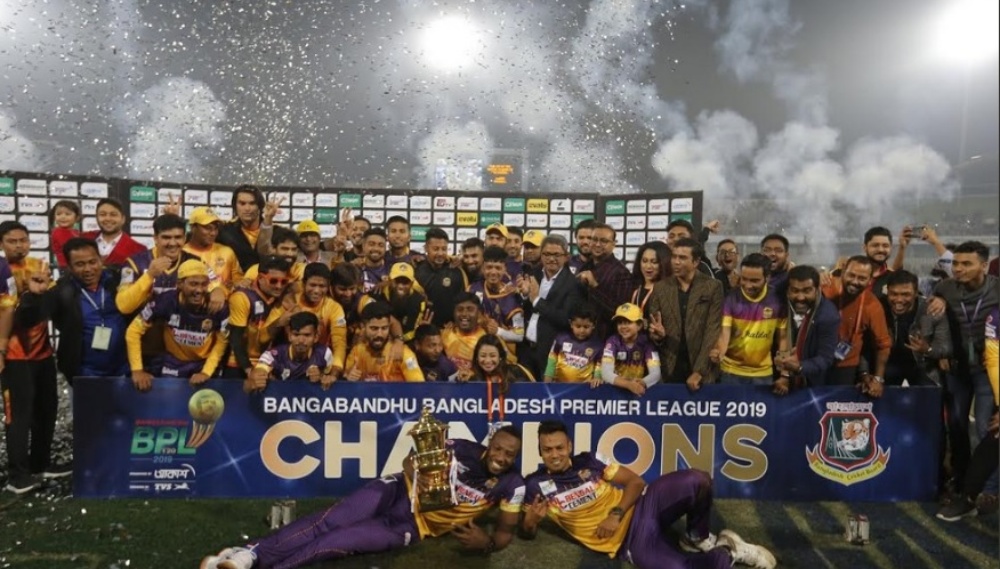 Rajshahi Royals and Khulna Tigers had a face-off with each other today at the Sher-E- Bangla Stadium in Dhaka in the finals of the Bangladesh Premier League 2019-20. It was the all-round performance by the Rajshahi Royals that led them to win the game by 21 runs and thus clinched the title.  It all started with Khulna Tigers winning the toss and elected to bowl first. The openers Liton Das and Atif Hossain failed to give a blistering start to the team as they departed on 25 and 10 runs respectively. BPL 2019-20 Complete Squads: Full Players List of All Bangladesh Premier League T20 Teams.

Irfan Sukkur chipped in with 52 runs from 35 balls slamming six fours and two sixes. His innings paced up the slow scoreboard amidst the pressure. Pakistan Shoaib Malik departed on the score of nine and added to the woes of Rajshahi Royals. Then it was Andre Russell’s turn to contribute with the bat as he along with Mohammad Nawaz chipped in with 27 and 41 runs respectively and remained unbeaten. The Rajshahi Royals set a target of 171 runs.

Now, Khulna Tigers came to bat a lost both their openers in the first two overs. Shamsur Rahman, Rilee Rossouw and Mushfiqur Rahim tried to stabilise the innings of the Khulna Tigers as they chipped in with 52, 37 and 21 runs respectively. But once these three batsmen got out none of the other team members could pull off the total and fell 21 runs short. With this, Rajshahi Royals won their maiden title to beat Khulna Riders. Dre Russell not only walked away with the Man of the Match award but was also adjudged as the Man of the Series.