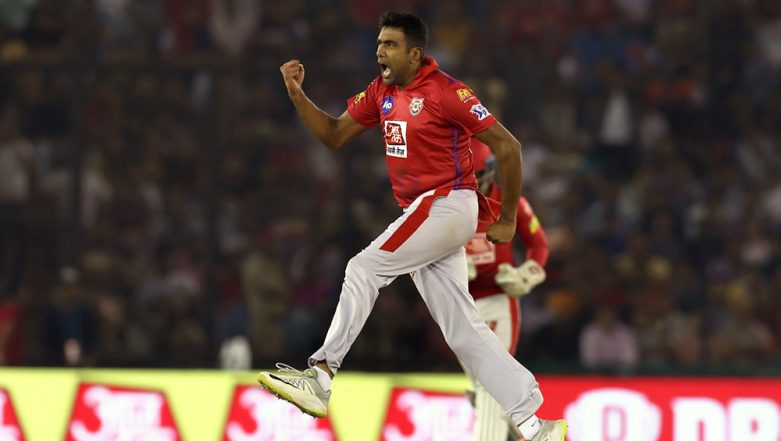 Ravichandran Ashwin, who is part of India vs West Indies 2019 in the Indian squad, is reportedly going to be dropped from IPL team Kings XI Punjab. Ashwin, who did not feature in playing 11 of the Indian team during India vs West Indies 1st Test, played for Kings XI Punjab as the skipper in IPL 2019. According to a report by Bangalore Mirror, Kings XI Punjab is looking to trade the Indian spinner with other teams of Indian Premier League. Ravichandran Ashwin Left-Out of IND vs WI 1st Test Playing XI; Fans Complain of ‘Conspiracy Theories’ by Virat Kohli and Ravi Shastri (See Tweets).

The deal for Ashwin is going to be closed in a week's time with a meeting of franchise board. Reports also suggest that Delhi Capitals and Rajasthan Royals are keen to buy the right-arm spinner. KXIP is eyeing trade the off-spinner and pick up KL Rahul as the new skipper. Ashwin has played 28 matches for KXIP, picking up 25 wickets. He was involved in a controversy after mankading Jos Buttler in IPL 2019. The not-so-popular form of dismissal invited criticisms for Ashwin from cricket enthusiasts. Ashwin has also played for Chennai Super Kings and Rising Pune Supergiants in IPL before. Virat Kohli Gets Trolled For Axing Rohit Sharma and R Ashwin From India's Playing XI For 1st Test Match Against West Indies.

Ashwin's career has deteriorated in past years. At one point of time, he was the leading bowler for India in Tests. Despite being fastest to bag 250 and 300 Test wickets, the spinner is no more a part of the Indian team. He has not played a single match this year for the national team. He was not part of the Test series against Australia earlier in 2019.