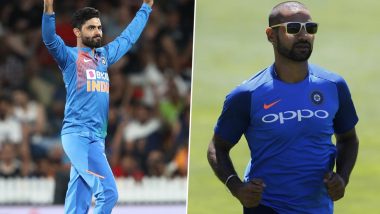 Just like many other cricket stars around the world, swashbuckling Indian opener Shikhar Dhawan also must be raring to get back on the field. However, the southpaw is making optimum utilization of the break and one can visit his social media pages to verify the fact. The southpaw has been constantly sharing intriguing photos and videos of his daily-life activities in which he can be seen dancing, singing, playing and doing other activities. In his latest Instagram video, the 34-year-old, along with his son Zoravar can be seen enjoying horse riding. While fans were impressed by Dhawan’s activity, all-rounder Ravindra Jadeja took the opportunity to troll his teammate. Shikhar Dhawan Shares Video of ‘Superhero’ Zoravar Making Chapati Like a Boss.

“Teaching Zoraver the joy of horseback riding He enjoyed time spent with his new friend,” wrote Dhawan while sharing the video on the picture-sharing website. This was one of many activities which the left-handed batsman has performed during the break. On earlier occasions, the left-handed batsman posted videos of him while singing, cooking and helping his son in home experiments too. Meanwhile, let’s have a look at Dhawan’s prowess while riding a horse. Ravindra Jadeja Remembers India’s Heart-Breaking Loss Against New Zealand in 2019 World Cup Semi-Final.

The comment section was filled with praises in a jiffy as fans were impressed. However, the remarks of Ravindra Jadeja stood up above all. “Tu chala raha hai ya apne aap chal raha hai (You are riding or it's running on its own),” commented Jadeja when he came across Dhawan’s post. Well, who can know more about horse riding than Jadeja? The veteran cricketer has a lot of horses in his farmhouse and his love for them is also not hidden from anyone. Meanwhile, let’s look at Jadeja’s comment. 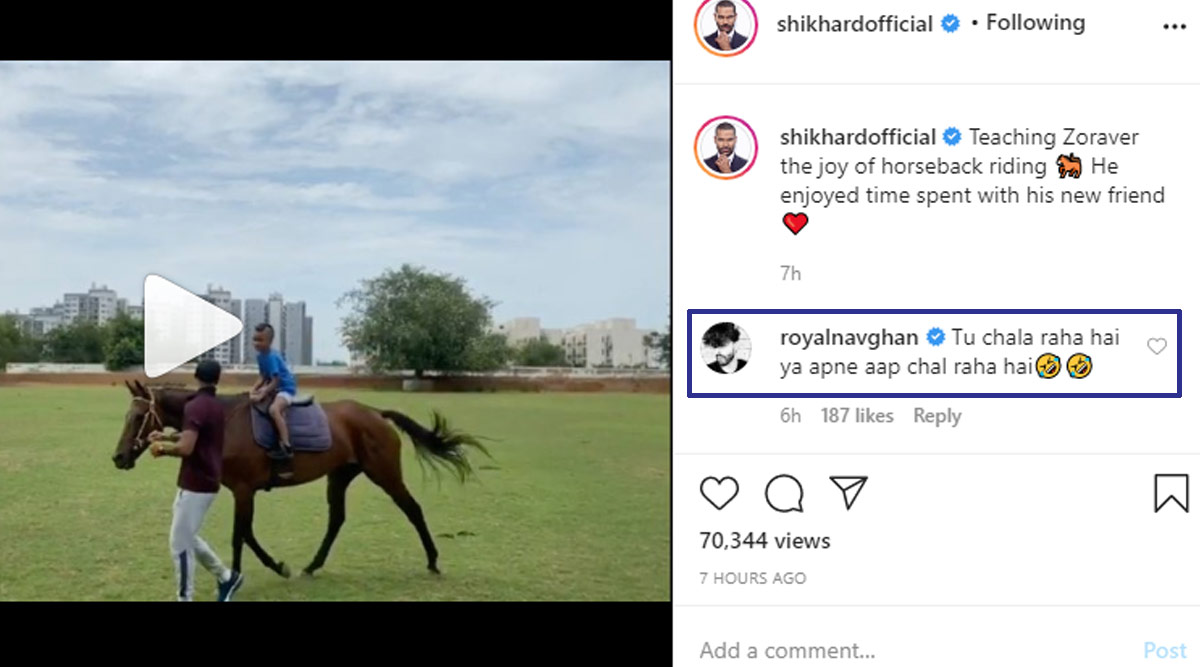 Speaking of cricket action, BCCI President Sourav Ganguly has made is clear that the national team’s practice session will not be resumed before August. However, the apex cricket body is planning to host the 2020 edition of the Indian Premier League (IPL) in September-October. Nevertheless, they have to wait for the official confirmation of International Cricket Council (ICC) regarding the postponement of T20 World Cup.

(The above story first appeared on LatestLY on Jul 15, 2020 02:57 PM IST. For more news and updates on politics, world, sports, entertainment and lifestyle, log on to our website latestly.com).