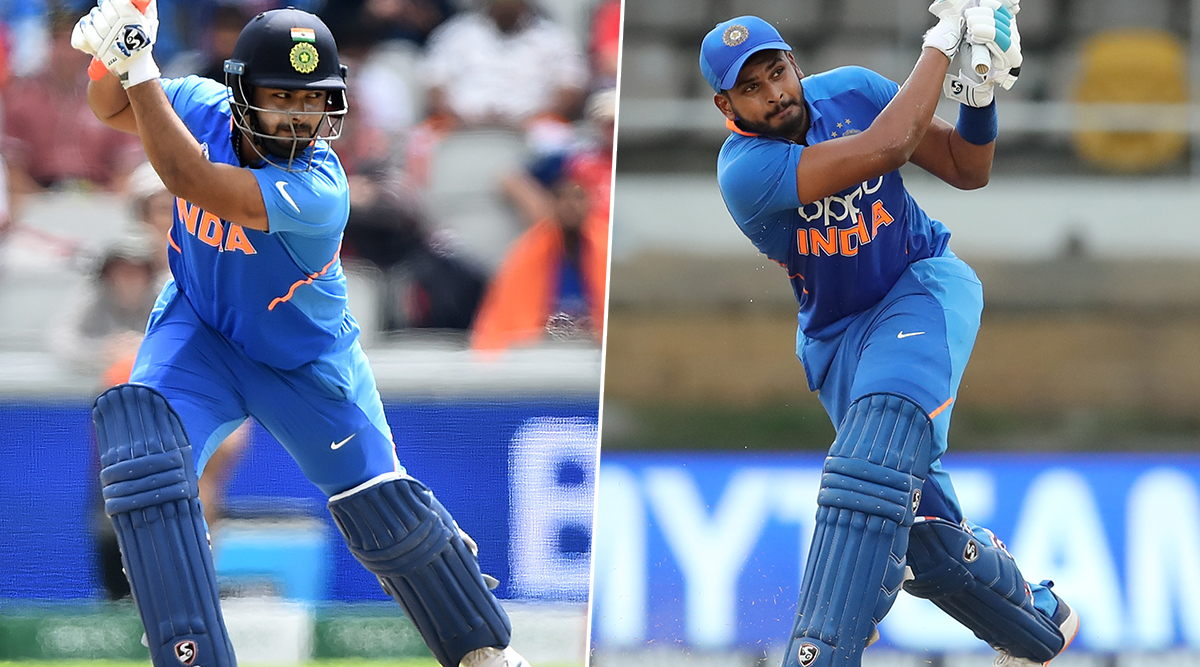 Shreyas Iyer and Pant also smashed half-centuries and both the Delhi Capitals’ batsmen also surpassed 100-run partnership. Twitterati lauded their batting in such a pressure situation. Shreyas Iyer became a highlight on social media with his spectacular batting. The right-handed batsman arrived on the crease after Rohit Sharma lost his wicket. #shreyasiyer and #Pant became some trending Twitter searches. At the end of 36 overs, India reached 189-3 with Rishabh and Shreyas Iyer reaching their respective fifties. Have a look at few tweets hailing Pant and Iyer’s batting. India vs West Indies 1st ODI 2019: Dog Comes Out of Nowhere to Interrupt the IND vs WI Cricket Match (Watch Video).

Rohit & Iyer needs to set a solid partnership. A brilliant stage for someone like a Shreyas Iyer to steady his position in the middle order in the current ODI side. #INDvWI

India’s middle-order has been a major issue for the team for quite some time now. However, it looks like both the batsmen are doing a great job to fill the slot. Sheldon Cottrell took 2 wickets while Alzarri Joseph took 1 wicket. Lokesh Rahul and Virat Kohli became victims of Cottrell's powerful pace attack while Rohit Sharma lost his wicket to Alzarri Joseph. Sharma was going great at the start with 6 fours in his innings. However, he was caught out by West Indies' skipper Kieron Pollard. Earlier, West Indies own the toss and elected to bowl.