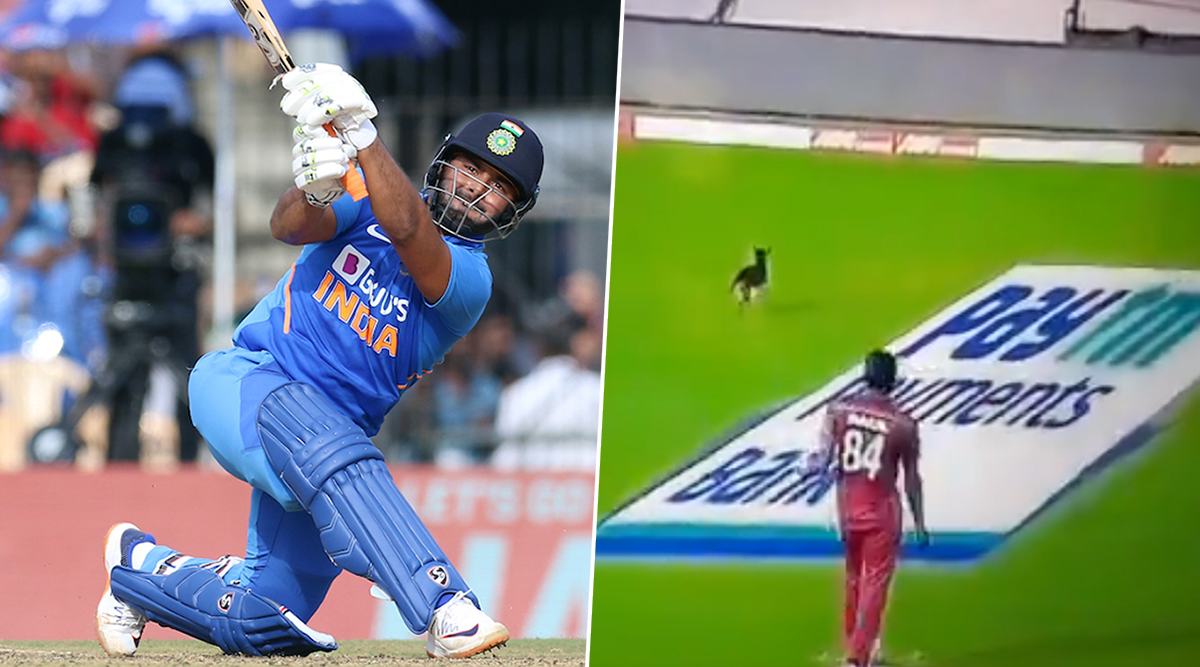 Another instance of a dog entering a cricket field during a match was witnessed in the India vs West Indies 1st ODI. The match was perfectly poised in the 27th  over of the first innings where India crossed the 100 run mark but also lost three wickets in the process. However, a dog came out of nowhere and entered the field, interrupting the match for a few minutes. In fact, the dog didn’t seem to leave the ground anytime soon as he left the field once but again entered the ground the interrupted the match for some more time. India Vs West Indies, Live Cricket Score 1st ODI Match.

Earlier in the match, West Indies won the toss and invited the hosts to bat first at the MA Chidambaram Stadium in Chennai. The likes of KL Rahul, Rohit Sharma and Virat Kohli failed to replicate their heroics from last T20I as India lost their first three wickets for just 80 runs. Nevertheless, the young duo of Rishabh Pant and Shreyas Iyer came to the side’s rescue and have added more than 50 runs for the fourth wicket. However, a dog came out to break their concentration. Snake Invades Pitch During Andhra Pradesh vs Vidarbha Ranji Trophy 2019-20 Match, Watch Viral Video.

#IndiavsWestIndies In comical scenes, a stray #dog has brought the first ODI between India and West Indies to a standstill after a mad dash onto the pitch after 26th over. #indvswestind #IndvsWI pic.twitter.com/zhr3MYl7V2

India might have got the momentum on their side in the last few overs but a couple of wickets can turn the tables around quickly. Nonetheless, Iyer and Pant would want to ride on their good start and guide India to a massive first innings total. On the other hand, the Caribbean bowlers will seek to make a comeback by running through India’s lower order.