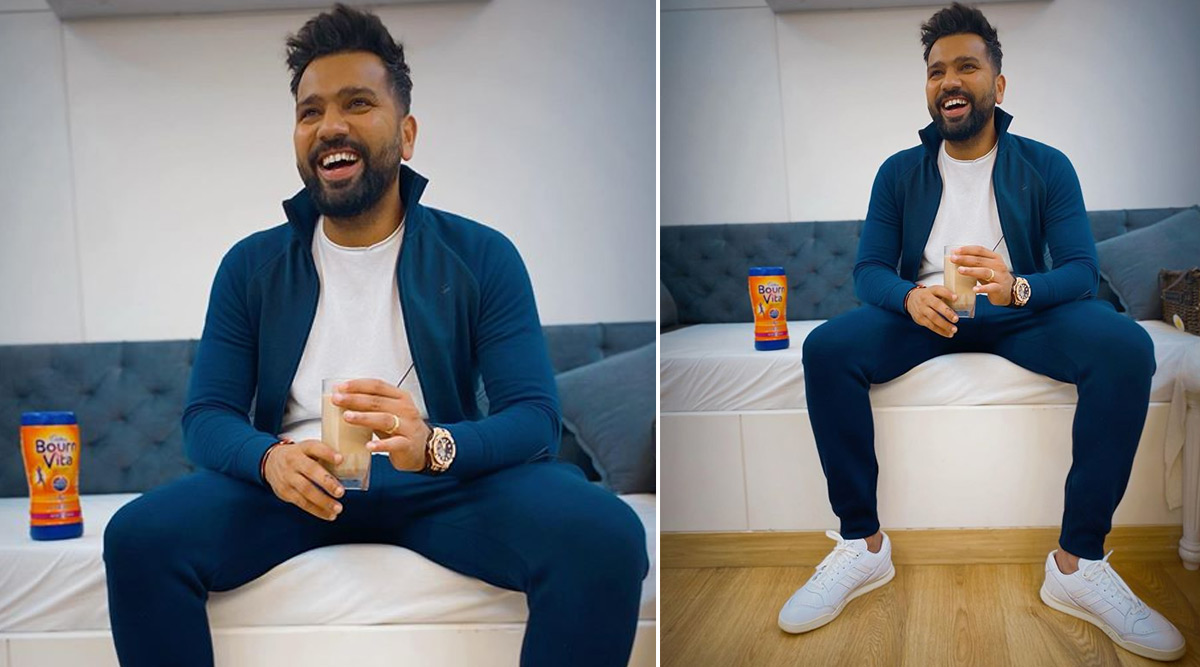 Just a couple of days before the India vs Australia ODI series, opener Rohit Sharma went down memory lane and relived his childhood with a glass of milkshake. India’s limited-overs vice-captain took to Twitter and shared a picture of him holding a glass of milkshake in hand with a box of Bournvita (a chocolate drink brand) kept side. Well, Bournvita is certainly a part of childhood memories of many people around the world and the star Indian batsman is no different. The 32-year old also told how the milkshake refreshed his old memories and made him a reminiscence of his childhood. Rohit Sharma Showers Love on Wife Ritika Sajdeh in True Cricketing Style, Calls Her ‘My All-Rounder’.

“A million childhood memories just came rushing back with this one glass,” wrote the Mumbai-born batsman on the picture-sharing website. Rohit, who will be seen in action during the three-match ODI series against the Aussies, was provided rest for the three-match T20I series and he was seen enjoying a great time off-field. In his off-time, the right-handed batsman was quite active on social media and frequently shared pictures enjoyed his time with his wife Ritika Sajdeh and daughter Samaira. Meanwhile, let’s look at the snap posted by Rohit.

The first of the three-match IND vs AUS ODI series will be played at the Wankhade Stadium in Mumbai and both the sides will eye to start the series on a winning note. The two cricketing powerhouses have played a great brand of cricket off-late and one can expect a thrilling series ahead. Going by the home advantage, Virat Kohli might step into the series as slight favourites but the visitors have also named a strong squad and have a great chance to defeat India in their fortress.