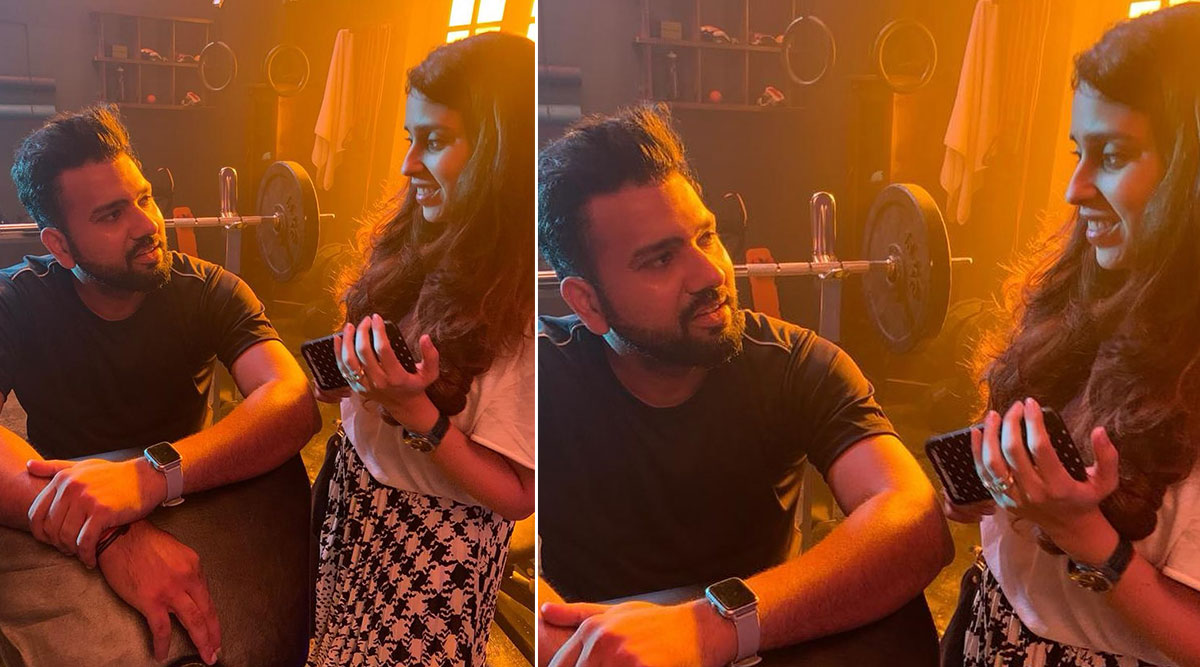 Just before the much-awaited India vs Australia ODI series, Rohit Sharma is enjoying the last few days of his vacation with his wife Ritika Sajdeh. The Indian vice-captain took to his official Instagram page and posted a candid picture with his better half along with a heartwarming caption. The 32-year old called Ritika his ‘all-rounder’ who’s always with him. Both Rohit and Ritika are the active users of social media and are often seen sharing pictures and videos with each other. The love-birds also have a huge following and their fans also call them ‘Rohika.’ Well, this was another occasion when the batting juggernaut showered his love for Ritika but in cricketing style. Rohit Sharma, Ritika Sajdeh and Baby Samaira Celebrate Their First Christmas Together, Watch This Adorable Video.

“My all-rounder, does it all for me on and off” read the caption of the picture posted by the Mumbai-born cricketer on the picture-sharing website. Rohit and Ritika tied knots on December 13, 2015, and got blessed with a baby-girl ‘Samaira’ on December 31, 2018. On many occasions, Ritika was also seen cheering his hubby in the stands and more often than not, she saw her hubby registering a blistering knock.

My all-rounder, does it all for me on and off 🥰

Speaking of Rohit Sharma, the star batsman was rested from the India vs Sri Lanka T20I series and will be back in action during the three-match ODI series against the Aussies, starting from January 14. Well, Rohit certainly enjoys playing against Australia and his numbers also back the fact. So, he’ll like to extend his great run against the visitors this time too. Moreover, Rohit was the highest ODI run-scorer in 2019 and will not mind achieving the feat in 2020 too.