Rohit Sharma Urges Fans to Stay Indoors and Not Celebrate on Streets Amid Coronavirus Lockdown, ‘World Cup Is Still Some Time Away,’ Says India Vice-Captain 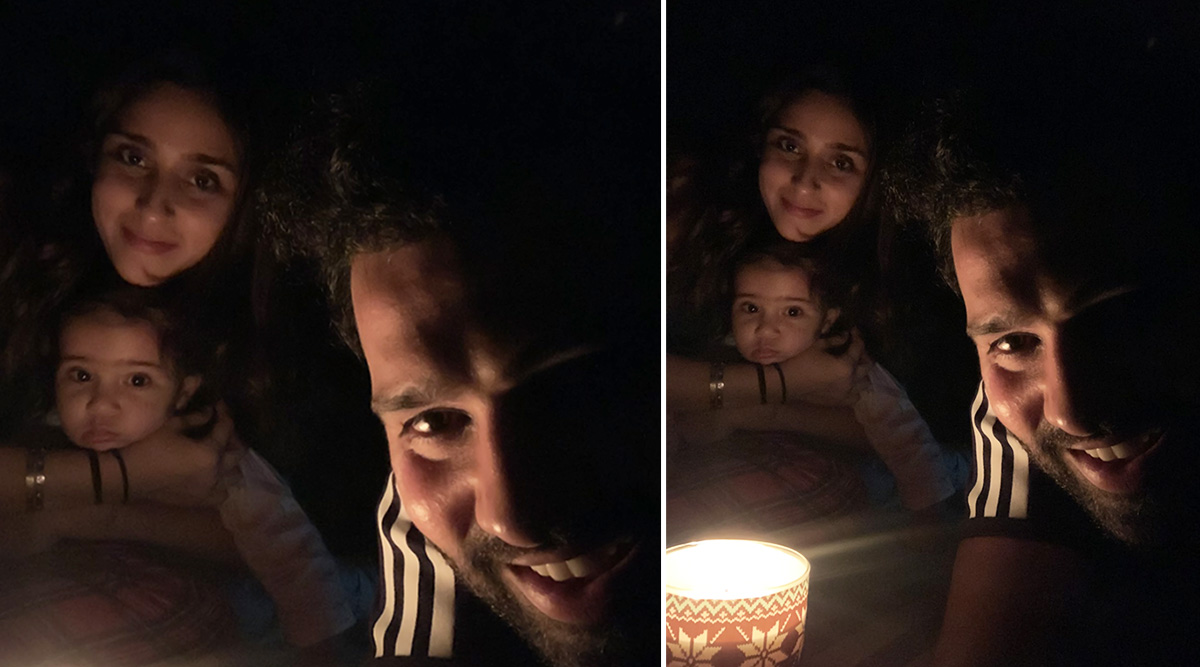 Rohit Sharma has appealed to his fans to not step out of their homes and stay indoors to protect themselves from contracting the coronavirus pandemic. Minutes after millions from the country lighted diyas, candles and flashed torches to show solidarity with those fighting the battle against COVID-19 as well as support Prime Minister Narendra Modi’s appeal to join him at 9 PM on April 5 and light diyas for 9 minutes, Rohit put up a post on Twitter informing his fans that the battle against the pandemic has just begun. “World Cup is still some time away,” said a post from India’s limited-overs vice-captain. Sachin Tendulkar, Virat Kohli and Suresh Raina Join Sports Fraternity in #9Baje9Minutes Initiative by PM Modi, Light Diyas and Candles to Show Solidarity in Fight Against Coronavirus (See Posts).

Rohit had earlier joined his wife Ritika Sajdeh and daughter Samaira Sharma in lighting candles on the roof of his house as did millions in the country. But some violated the guidelines and started bursting crackers while also jumping and roaming in the streets despite the country observing a nationwide lockdown until 21-day. And perhaps Rohit’s tweet targeted them. “Stay indoors India, don’t go out on the streets celebrating. World Cup is still some time away,” said Rohit in his message.

The World Cup is Still Far Away...

Stay indoors India, don’t go out on the streets celebrating. World Cup is still some time away 🙏

Meanwhile, with deaths and the number of people diagnosed with the virus rapidly increasing, India declared a nationwide lockdown from March 24, 2020, to April 14 to somehow minimize the spread of the pandemic. 83 people have died so far while over 3000 people have been confirmed to have contracted the disease in India while globally the toll has been more catastrophic with over 67, 000 deaths and more than a million effected with the pandemic.