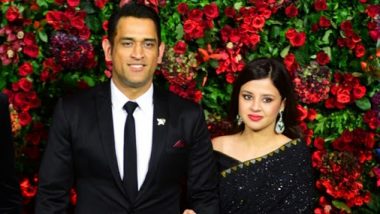 Ever since MS Dhoni has played his last game in the ICC Cricket World Cup 2019, rumours have been rife that the former Indian captain could retire on any given day even without too much of hullabaloo. Not very long ago, Indian legend Sunil Gavaskar had said that Dhoni could retire silently. Now last evening the hashtag if #DhoniRetires suddenly began trending on social media. With a series of tweets at one glance, it looked as if Dhoni had seriously decided to hang up his boots. But it was Sakshi Dhoni who came in to slam the rumours. However, she deleted the tweet later.  MSK Prasad Breaks his Silence on MS Dhoni’s Retirement Says, ‘He is Clear About His Future’.

Sakshi Dhoni called the netizens mentally unstable and said that the COVI-19 lockdown makes people do anything.  With his, she clarified rumours of MS Dhoni retiring are false. "Its only rumours ! I understand Lockdown has made people mentally unstable ! #DhoniRetires .. Get a life ! (sic)," Sakshi Rawat wrote on Twitter. The tweet was also liked by Chennai Super Kings. However, Sakshi later deleted the post on social media. 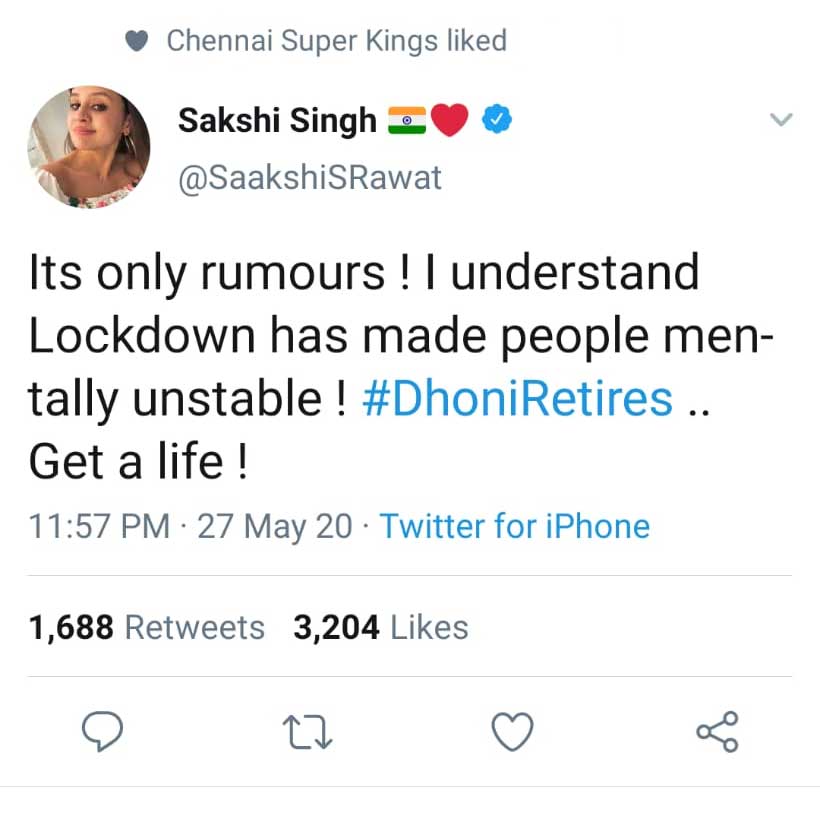 As of now, MS Dhoni is in Ranchi letting his hair down with his family amid COVID-19 lockdown. Very often do we see him riding the bike and playing with his daughter Ziva. Talking about MS Dhoni’s retirement, Harbhajan Singh had said that the chances of seeing MS Dhoni in the blue jersey are minimal. However, Bhajji revealed that a few people told him that India's last match in the World Cup was his last. However, Bhajji informed that he will still play the Indian Premier League.

(The above story first appeared on LatestLY on May 28, 2020 09:00 AM IST. For more news and updates on politics, world, sports, entertainment and lifestyle, log on to our website latestly.com).