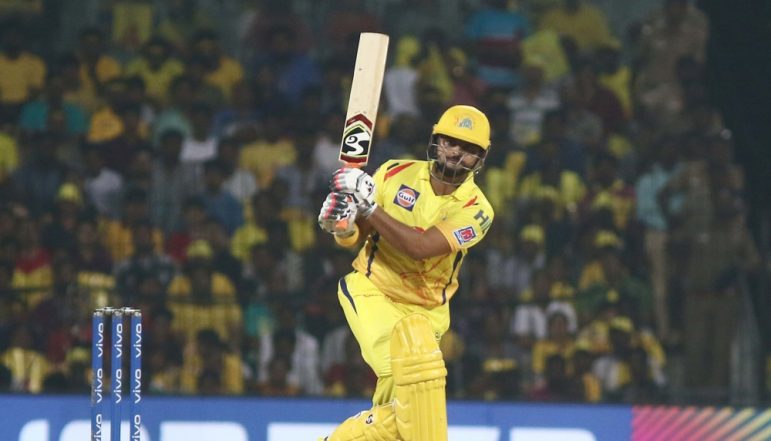 The video was obviously loved by all CSK fans and others. Netizens were quite impressed with Suresh Raina’s sportsmanship and posted tweets which praised Raina. A fan posted a tweet which mentioned about the southpaw being sidelined in the team due to politics. The Chennai Super Kings batsman liked the tweet. Suresh Raina Tying Rishabh Pant’s Shoelaces Gives Us a Glimpse of Spirit of Cricket in IPL 2019, Watch Video.

Raina is the most humble cricketer of his generation. Sad he got sidelined due to team politics #CSKvDC

The netizen was not only happy with the like but also thanked Raina for the gesture via a tweet.

Thank you @ImRaina Suresh bhai for the like 😊, best wishes to you & @ChennaiIPL for the final 👍🙏#csk #CSKvsMI #IPL2019 pic.twitter.com/1Fs1Amw6BO

The last time Raina donned Indian colours was in 2018 for T20I against England. But Raina could not perform and was dropped from the team. The left-hander was dropped from the domestic team as well for Uttar Pradesh. Akshdeep Nath stepped into his shoes as the captain for the side. The left-hander has had a fair bit of a season in the IPL 2019 as he has amassed 375 runs in 16 matches and has an average of 25. His strike rate is 125 runs in the IPL 2019.