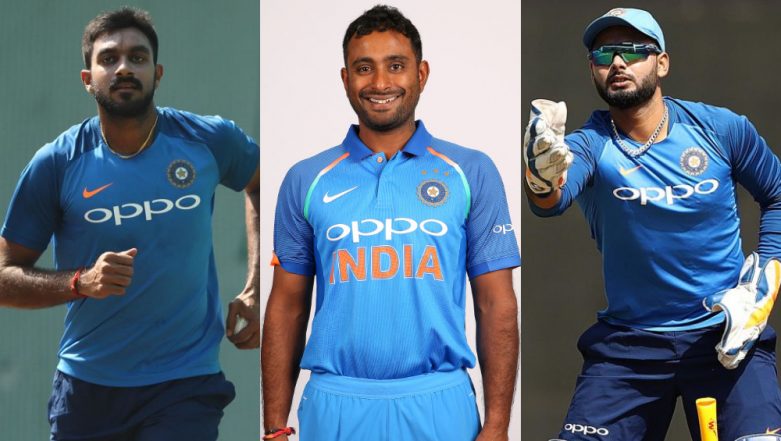 Ever since Vijay Shankar was named in India’s squad for the ICC Cricket World Cup 2019, the all-rounder has been in the news. The selectors handed him a place in the team ahead of Ambati Rayudu, believing that Shankar being an all-rounder brings in three-dimensional aspect to the play. Shankar was initially left out of the playing XI but after Shikhar Dhawan’s injury, the all-rounder played his first match of the World Cup. Vijay Shankar Injured by Jasprit Bumrah Yorker During Net Session in World Cup 2019; All-Rounder Joins List of Team India's Injured Players.

Shankar did well against Pakistan, besides scalping two wickets he played a cameo of unbeaten 15 runs. The all-rounder was handed the ball after Bhuvneshwar Kumar suffered a hamstring injury and Shankar did well to provide his side with an early breakthrough.

Meanwhile, Shankar has suffered an injury during a practice session as he was hit by a Jasprit Bumrah bouncer. The nature and severity of the injury is not known yet. Indian team cannot afford another injury as Dhawan (ruled out of World Cup) and Bhuvneshwar (ruled out of few games) are already unavailable. Shikhar Dhawan Ruled Out of ICC Cricket World Cup 2019 With Thumb Fracture, Rishabh Pant Named Replacement.

Netizens have come up with some funny allegations and blamed ‘black magic’ by Rayudu and Rishabh Pant for Shankar’s injury. For the naysayers, after Shankar was included in the World Cup squad, Rayudu took to Twitter to take a dig and in one of his tweets he wrote, “ordered 3D glasses to watch World Cup.”

It will be interesting to see if Shankar recovers on time for India’s match against Afghanistan on Saturday, June 22. India will not want to tinker with their winning combination even if playing against minnows Afghanistan. If Shankar fails to make it to the playing XI, Pant, who replaced Dhawan in the Indian squad, is likely to get a game.