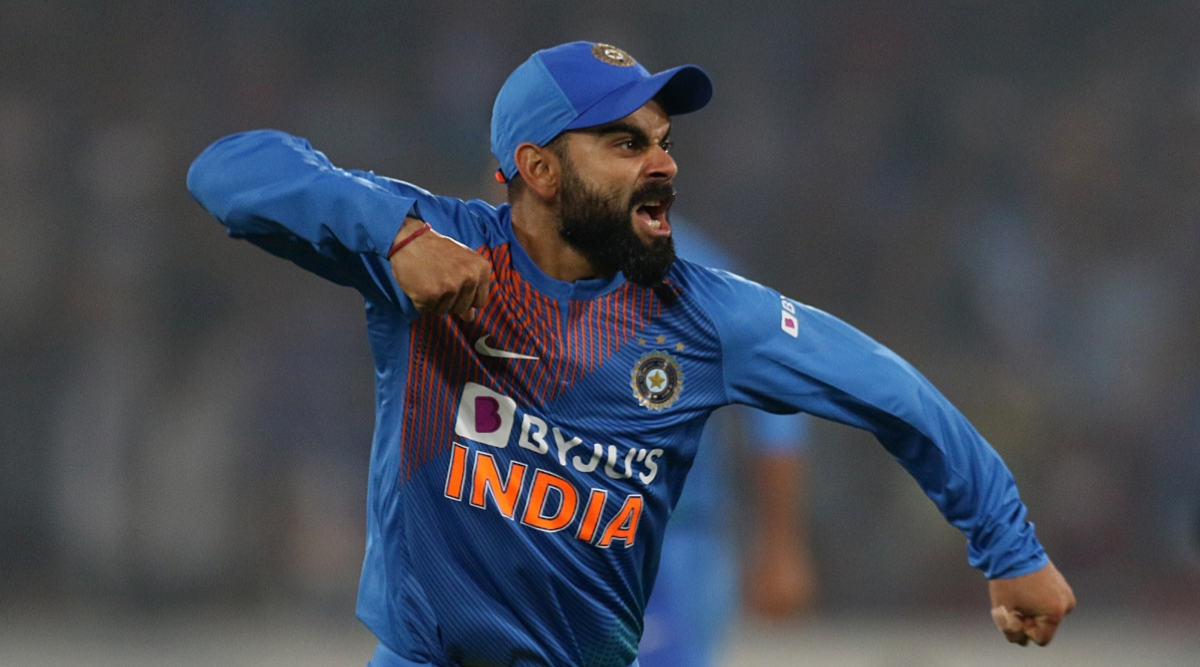 Bengaluru, January 19: Indian skipper Virat Kohli on Sunday became the fastest to 5,000 runs in ODI cricket as captain of a side. Kohli brought it up with a sumptuous shot past cover for four off Mitchell Starc during India's decisive third ODI against Australia at the Chinnaswamy stadium in Bengaluru.

Kohli is the fastest to the landmark by a fair margin. His predecessor MS Dhoni got the milestone in 127 innings while Kohli has done it in just 82. Former Australia skipper Ricky Ponting is third on the list having got there in 131 innings while South African Graeme Smith is fourth on 135. Virat Kohli Drives His Brand New Car Audi Q8 Ahead of India vs Australia 2nd ODI 2020, View Pictures.

Former India captain and current BCCI president Sourav Ganguly completes the top five having got to the mark in 136 innings. Kohli reached the mark during India's chase of a target of 287 set by Australia earlier in the day. The series is level 1-1 with India having won the second ODI in Rajkot on Friday. They are looking to avoid a second consecutive ODI series defeat at home to Australia.