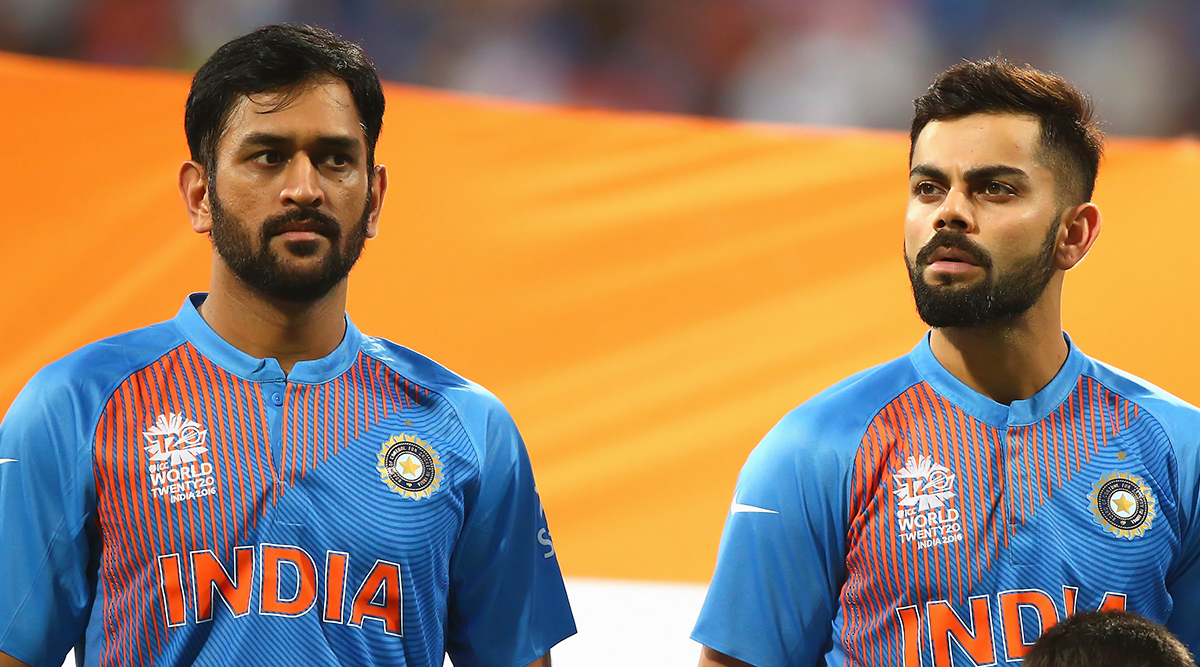 New Delhi, December 10: India skipper Virat Kohli has always made it clear that former captain Mahendra Singh Dhoni will always remain an inspiration for him and his tweet on the latter's birthday this year was announced as the most re-tweeted sports tweet of the year by Twitter India. Twitter made the announcement on their social platform and said: In the world of sports, this Tweet from @imVkohli stole people's hearts becoming the most Retweeted sports-related Tweet (sic)."

Kohli had taken to Twitter to wish Dhoni and wrote: "Happy birthday mahi bhai @msdhoni. Very few people understand the meaning of trust and respect and I'm glad to have had the friendship I have with you for so many years. You've been a big brother to all of us and as I said before, you will always be my captain (sic)." Virat Kohli vs MS Dhoni: A Comparison of Cricket Legends As Team India Skipper, Here's Stats and Records.

In the world of sports, this Tweet from @imVkohli stole people's hearts 😍becoming the most Retweeted sports-related Tweet https://t.co/lW2FdqYzj7

While skipper Kohli is busy preparing for the third T20I against West Indies that will be played at the Wankhede Stadium on Wednesday, India coach Ravi Shastri told IANS that the 2020 edition of the Indian Premier League will go a long way in deciding if Dhoni will take the flight to Australia to play the World T20.

"It all depends on when he starts playing and how he is playing during the IPL. What are the other people doing with the wicket-keeping gloves or what is the form of those players as opposed to Dhoni's form. The IPL becomes a massive tournament because that could be the last tournament after which more or less your 15 is decided.

"There might be one player who might be there and thereabouts in case of an injury or whatever. But your team I would say would be known after the IPL. What I would say is rather than speculating of who is where, wait for the IPL to get over and then you are in a position to take a call on who are the best 17 in the country," he had said.