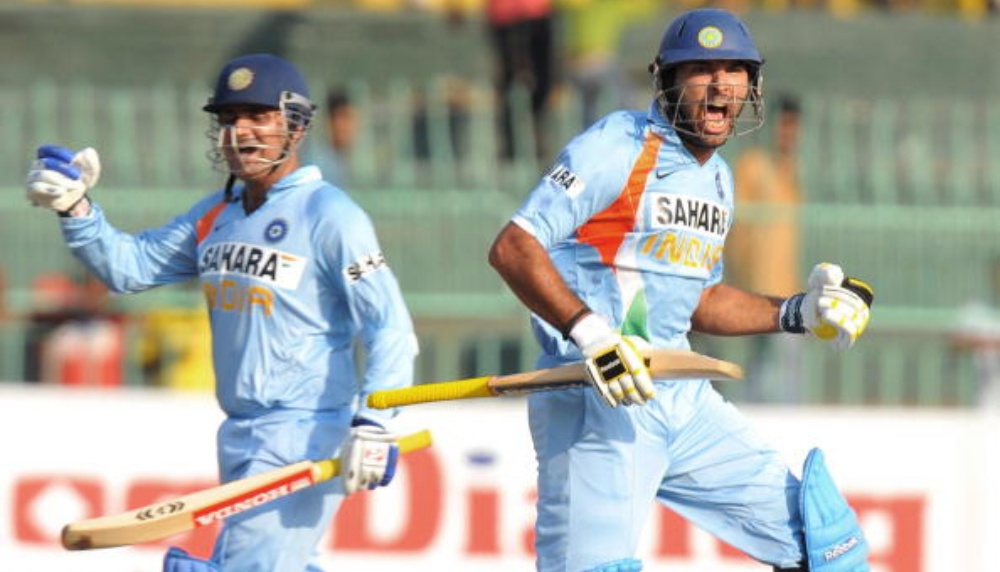 India’s stylish former left-hander Yuvraj Singh turns 38 today and all his friends including Gaurav Kapur, Ajit Agarkar, Sachin Tendulkar, Harbhajan Singh and others are in Thailand to celebrate the D-day with pomp. A lot of netizens also wish Yuvi on his birthday. India’s former opener Virender Sehwag wished the left-hander on his birthday in a very unique manner with a tweet. Viru took to social media and posted a tweet which had a picture where Yuvi is seen celebrating his feat. The snap had a very whacky caption to it. Yuvraj Singh Turns 38th! Sachin Tendulkar Leads Wishes for ‘Superstar’ on His Birthday (See Post).

We all know that Yuvi and Viru have played for the India team together for years now and their camaraderie is not just limited on the field. But even off the field, the two are quite friendly with each other. It wouldn’t be wrong to label Yuvi and Viru as two peas in the pods. For now, let’s have a look at the whacky tweet posted by Viru.

Yuvi is still known for his six sixes in one over during the T20I World Cup 2007 which was held in South Africa. It was Stuart Broad who was at the receiving end during the match against England. Yuvraj Singh hung his boots from international cricket earlier this year in June 2019. He held a press conference in Mumbai to announce his retirement.