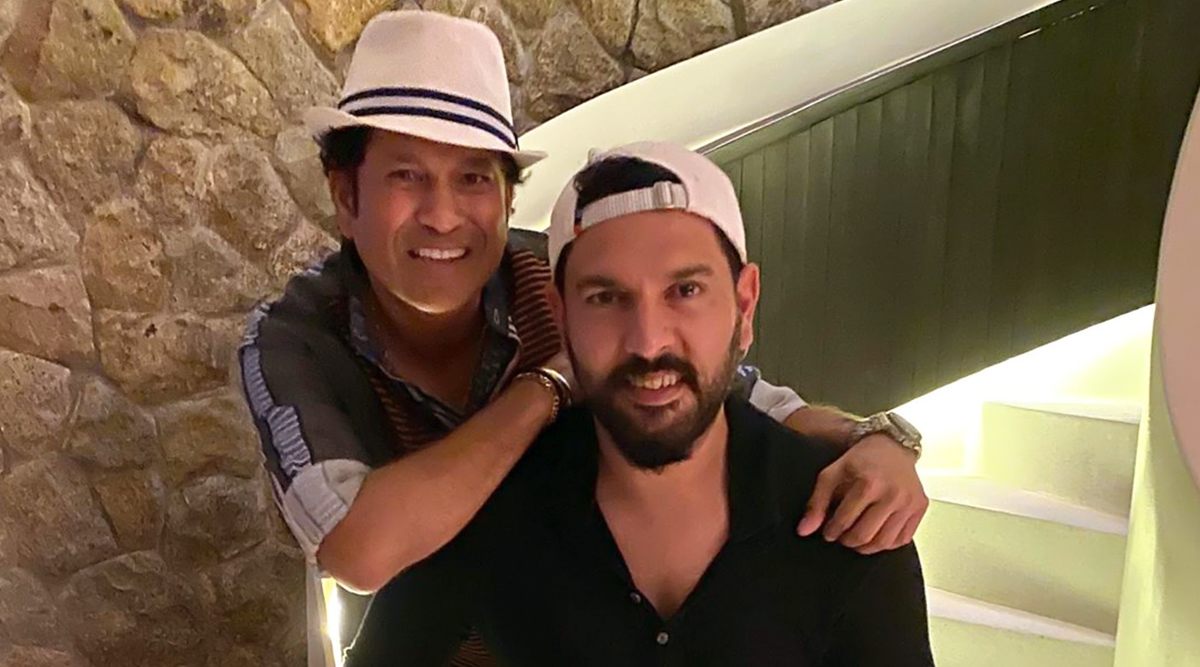 Former Indian cricketer and World Cup winner, Yuvraj Singh celebrates his 38th birthday on December 12, 2019 (Thursday) and his long-time teammate and friend Sachin Tendulkar led the way as wishes poured out in style for the country’s most loved cricket legend. Tendulkar, who shared dressing rooms with Yuvraj not only Indian national cricket team but also in the Indian Premier League (IPL) and various other franchise cricket tournaments wished the cricket superstar on his special day. The Master Blaster also wished a healthy and happy life for cancer surviving Punjab-born all-rounder. Happy Birthday Yuvraj Singh: Five Astounding Performances by the Former Indian Cricketer.

Tendulkar took to his social media channels to wish Yuvraj on his 38th birthday. “Wishing the ‘SUPERSTAR’, a very happy birthday! May God always keep you healthy and happy in life Yuvi,” said Tendulkar, 46, on Yuvraj’s birthday. The post was accompanied by a lovely of the duo in which both can be seen smiling and embracing each other in a hug. Sachin though wasn’t the only one from the sports fraternity to remember Yuvraj Singh on his birthday.

Wishing the ‘SUPERSTAR’, a very happy birthday! May God always keep you healthy and happy in life Yuvi.

International Cricket Council (ICC) also paid its tributes and wished Yuvraj on his birthday. The parent cricket body put up a video of the southpaw smashing his way to records in the 2007 T20I World Cup. The World Cup was memorable as it was India’s first and only T20I World Cup triumph but it was Yuvraj’s six sixes in an over against England that paved the way for India’s sensational World Cup win.

Meanwhile, Indian captain Virat Kohli also wished the former cricketer on his birthday. Yuvraj, who made his international debut for India in 2000, played 304 One-Day Internationals (ODIs), 40 Test matches and 58 T20Is for India smashing over 10000 runs while also taking 140 international wickets.