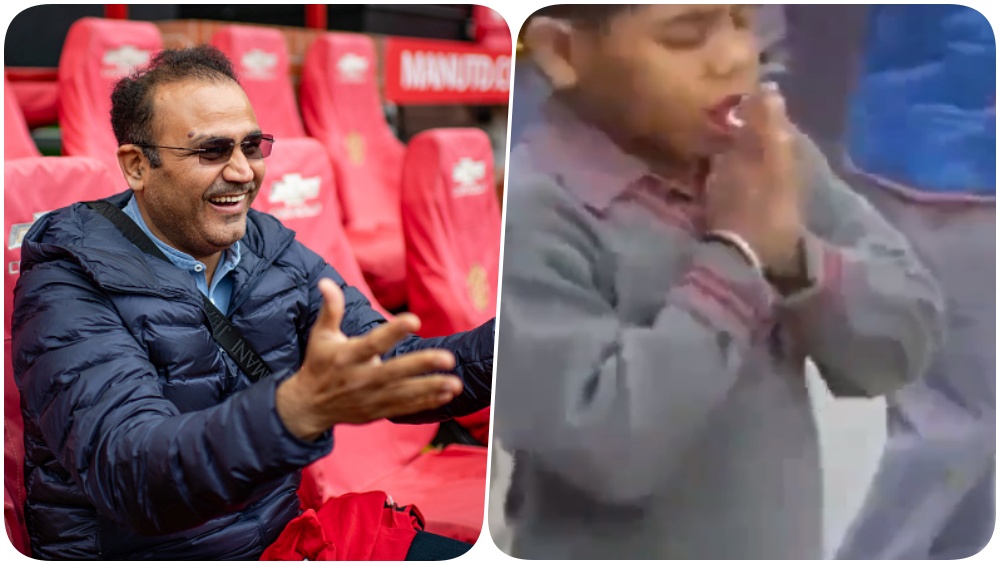 Childhood memories are like a precious treasure which occupies a special place in the archives of our memories. Childhood is often coined as the best phase of life when a person is relieved of all the tensions of life. Now, Virender Sehwag shared a video of this little child who was seen relishing a few licks of a lollypop during morning prayers. From the looks of it the video if taken in a school where all the other children are dressed in grey uniform singing their prayer and this kid managed to hide the sweet between his hands and innocently enjoying a few licks of the lollypop as the others are busy with the morning routine. Virender Sehwag Feels Virat Kohli to Persist with KL Rahul at No 5, Cites MS Dhoni's Example.

The video of the act is going viral and the netizens are left in splits with the innocent act of the kid. Now Virender Sehwag shared the video with a funny caption which read, “Is bachhe ka alag hi Jalwa hai ! Who all remembered themselves looking at his harkat ?” The video evoked a few hilarious responses and was further shared by Viru’s fans on social media. Check it out below:

Is bachhe ka alag hi Jalwa hai ! Who all remembered themselves looking at his harkat ? pic.twitter.com/e0Cmwkf5nG

Just within three hours of sharing the video, it garnered over one thousand retweets and more than 12,000 likes. Virender Sehwag is known for his witty comments not only in the commentary box but also on social media. We all remember his debate with Piers Morgan after England managed to World Cup 2019 with Viru once again having the last word.