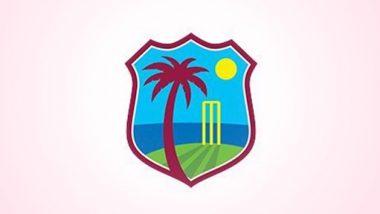 Antigua, June 28 : Cricket West Indies (CWI) on Tuesday announced the mens squad for the upcoming three-match T20 International series and the three-match One-Day International series against Bangladesh. While Nicholas Pooran will lead in both formats, Rovman Powell was named as his new vice-captain for the T20Is. Left-arm fast bowler Obed McCoy returns to the squad after recovering from injuries. There are also recalls for experienced wicket-keeper batter Devon Thomas and all-rounder, Keemo Paul. In the ODI series squad, left-arm spinner Gudakesh Motie got a call-up. Chris Gayle Opts Out of CPL 2022 To Focus on T10 Tournament, 6ixty.

After selecting the teams for West Indies, head selector Desmond Haynes said, "We know Rovman's history. He has captained the West Indies before and is also the captain of his CPL franchise. Our role is to look at future leaders as well and we have identified a few, including him, who we will be putting through programmes to ensure we keep them involved in that aspect of cricket." "Thomas is a very versatile cricketer, who has been knocking on the door in all formats. He has been doing well in franchise cricket and with that level of talent, we must ensure we keep him interested. He brings a lot to the table and is basically a four-dimensional player, he can bat, bowl, he is brilliant in the field, and he can keep wicket as well.

"McCoy has done exceptionally well in the IPL and enjoyed a successful stint in England as well, so we are confident that he is back to his best in terms of playing and fitness," Haynes added. "Generally, we have to start looking at the bigger picture of getting these players playing together as often as possible in preparation for the ICC T20 World Cup later in the year. We need to ensure we are fielding a very strong side for that tournament." The T20I Series opens with back-to-back matches on July 2 and 3 at Windsor Park in Dominica. This will see a return to international cricket at the fully refurbished venue where international cricket is being hosted for the first time since being damaged by a hurricane in 2017. The series ends with the third and final match on July 7 at the Guyana National Stadium.The ODI series will be played at the Guyana National Stadium on July 10, 13 and 16. Sanju Samson Scores his First Fifty in T20Is, Achieves Feat During India vs Ireland 2nd T20I 2022.

(The above story first appeared on LatestLY on Jun 29, 2022 12:08 PM IST. For more news and updates on politics, world, sports, entertainment and lifestyle, log on to our website latestly.com).