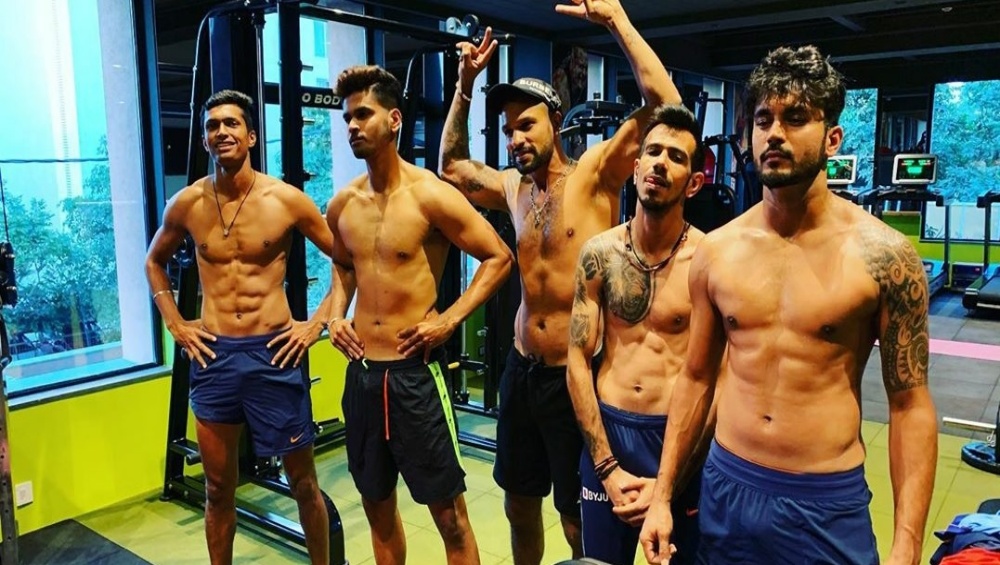 After losing to Australia by 10 wickets in Mumbai at the Wankhede Stadium, the Indian team reached Rajkot for the second match. As soon as the team reached the hotel, a few members of the team hit the gym and looked determined to make a comeback in the second ODI which will be hosted on January 17, 2020, on Friday. Yuzvendra Chahal, Shreyas Iyer, Shikhar Dhawan and Manish Pandey looked determined to put away the blues occurred the first game. The players were seen flaunting their rock hard abs as they posed for a picture together. India Vs Australia, Live Cricket Score 1st ODI Match.

Talking about the first ODI between India and Australia, the hosts were outclassed in all departments of the game. It was David Warner and Aaron Finch who led the team to a thumping win as the Aussies chased a total of 255 runs on the board. Warner and Finch rewrote the record books as they brought up the highest opening partnership against India. For now, let’s check out the picture of the players hitting the gym.

The Australians won the game with 74 balls to spare. No other batsman apart from Shikhar Dhawan could score a half-century. KL Rahul made way to the pavilion when he was three runs short of getting a half-century. The three-game ODI series now stands on 1-0. On one hand, where the Indians would be looking forward to making a comeback, the Aussies will be looking to seal the series.