The Delhi High Court on Wednesday held that the Hockey India has violated the National Sports Code and constituted a three-member Committee of Administrators (CoA) to run its day-to-day affairs. 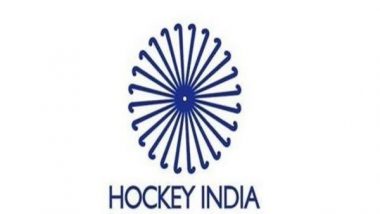 New Delhi, May 25: The Delhi High Court on Wednesday held that the Hockey India has violated the National Sports Code and constituted a three-member Committee of Administrators (CoA) to run its day-to-day affairs. The development was following the plea moved by former Olympian Aslam Sher Khan challenging the appointment of Narinder Dhruv Batra and Elena Norman as Life Member and CEO, respectively, of the sport's body.

About the CoA, the bench of Justices Najmi Waziri and Swarna Kanta Sharma said, their functions shall largely be the same as outlined by the Supreme Court in All India Football Federation vs. Rahul Mehra. 29 Teams To Compete At Hockey India Sub-junior Men National Championship 2022.

They have to assist in the preparation and adoption of the Constitution as per the Sports Code and court rulings, prepare the electoral roll/college for the purpose of conducting the elections to the Executive Committee, carry out the day-to-day governance among others.

The CoA would be at liberty to take the assistance of the respondent on the holding of tournaments, selection of players and all other matters necessary for the proper governance of the sports body.

The plea filed by the former hockey player -- who was a part of the winning team that won the gold medal in the 1975 Hockey World Cup -- has sought quashing certain articles of the Hockey India MOA whereby the posts of 'Life Member', 'CEO' and 'Life President' have been created, being in blatant contravention of the NSCI, Circular 1975 and 2001 Guidelines, as illegal and unsustainable.

The petitioner also sought the court's direction to Batra and Norman to render accounts of all gratification and financial benefits received by them from the Hockey India for holding the posts from the time of their appointments until date, and refund the same to the accounts of the sport's body.

In the order, it was stated that the respondent knew fully well that the post of Life President and Life Member in a NSF is illegal, and had been specifically intimated so by the government.

Yet when Hockey India was registered under the Societies Registration Act 1860, on May 28, 2009 and was granted prompt recognition by the government, within a couple of days thereof, the respondent went ahead and had himself appointed as Life Member of Hockey India.

"This smacks of brazen impertinence to the clear mandate of law. It was a less than honest but futile endeavour to institutionalise oneself in a body whose legitimacy itself is contingent upon conformity with the Sport Code and the law. What a paradox, to make oneself permanent in an entity whose tenure itself is impermanent.

"The illegal Post of Life President or Life Member cannot be the stepping-stone for any other position or benefit elsewhere, be it nationally (including in the Indian Olympic Association) or in international bodies. If the respondent has so benefitted, then such benefit or position shall end right away. Let the CoA look into the matter, so would the Government of India," the order read.

(The above story first appeared on LatestLY on May 25, 2022 11:51 PM IST. For more news and updates on politics, world, sports, entertainment and lifestyle, log on to our website latestly.com).