Evolut is a promising overall fitness and nutrition app that has time and again impressed millenials with their innovative campaigns on social media. The dedicated team at Evolut has launched an inspiring campaign which aims to raise funds to help India fight Covid-19. 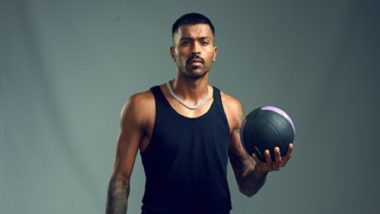 Evolut is a promising overall fitness and nutrition app that has time and again impressed millenials with their innovative campaigns on social media. The dedicated team at Evolut has launched an inspiring campaign which aims to raise funds to help India fight Covid-19.

Evolut has auctioned clothes – a jacket and a hoodie once worn by its Brand Ambassor Hardik Pandya. The proceeds from the auction were multiplied by 5 and; a total of Indian Rupees Three Lakhs was donated to Give India, an NGO that works towards uplifting the underprivileged who have been affected by  COVID - 19.

Some other innovative campaigns led by Evolut include the Move Up campaign which has caught traction from Gen Z as it popularises striding towards a fitness routine through Instagram reels which has been the trendsetter for spreading awareness online.

“To many of us fitness is a CHORE which is done to lose weight and we all tend to forget the benefits of having a healthy and fit body, and mind. We are attempting to change that perception and make fitness a lifestyle change along with the right food, specific to each body type”, says the driven team at Evolut.

Stressing on the importance of amalgamating fitness with everyday lifestyle has been at the core of the vision at Evolut. This way our massive population can make their bodies and minds more equipped to fight the menaces that we are facing in these difficult times.

Other than their bespoke fitness, nutrition and yoga routines, Evolut has received accolades for their idiosyncratic marketing campaigns that have taken all over instagram with reels that feature memes and enticing fitness challenges. Not only this, Evolut has promptly roped in Hardik Pandya, the epitome of fitness as their brand ambassador.

Being the official fitness partners of Delhi Capitals, Evolut has encapsulated their brand's symbolic energy with the roar of the IPL team.

In a bid to make the campaign more interactive, the fitness games popularised by Evolut to combat unhealthy habits are an attractive and engaging way of making their young target audience inclined towards fitness with tailored characters for different fitness lovers.

Evolut in a short span of its app launch has aggressively marketed its brand for its impeccably affordable and life changing fitness and nutrition regimes.