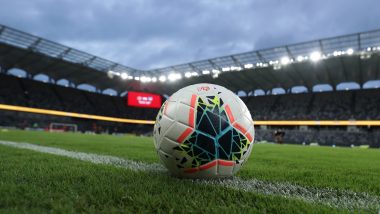 Washington, June 29: The Major League Soccer has informed that as many as 18 MLS players and six club staff have so far been tested positive for novel coronavirus.

"As of Sunday, 18 MLS players and six club staff received positive Polymerase Chain Reaction (PCR) tests prior to travel to Orlando for the MLS is Back Tournament. A total of 668 players have been tested since early June," MLS said in a statement.

The competition is set to resume on July 8 for which the training started on June 4.

Twenty-five of the 26 MLS clubs were able to commence full team training prior to traveling to Orlando for the MLS is Back Tournament, and all of the 25 clubs conducted testing pursuant to this protocol, it said.

MLS said that prior to traveling to Orlando, all players, coaches, referees, club personnel and league staff are required to complete an additional two PCR tests 24 hours apart and within approximately 72 hours of travel.

"Upon arrival in Florida, all individuals are required to immediately take another PCR test and are quarantined until they receive the results of that test.

"To date, 329 people have been administered PCR tests on-site, and two were positive, both of which were players who had just arrived," it added.

(The above story first appeared on LatestLY on Jun 29, 2020 10:21 AM IST. For more news and updates on politics, world, sports, entertainment and lifestyle, log on to our website latestly.com).