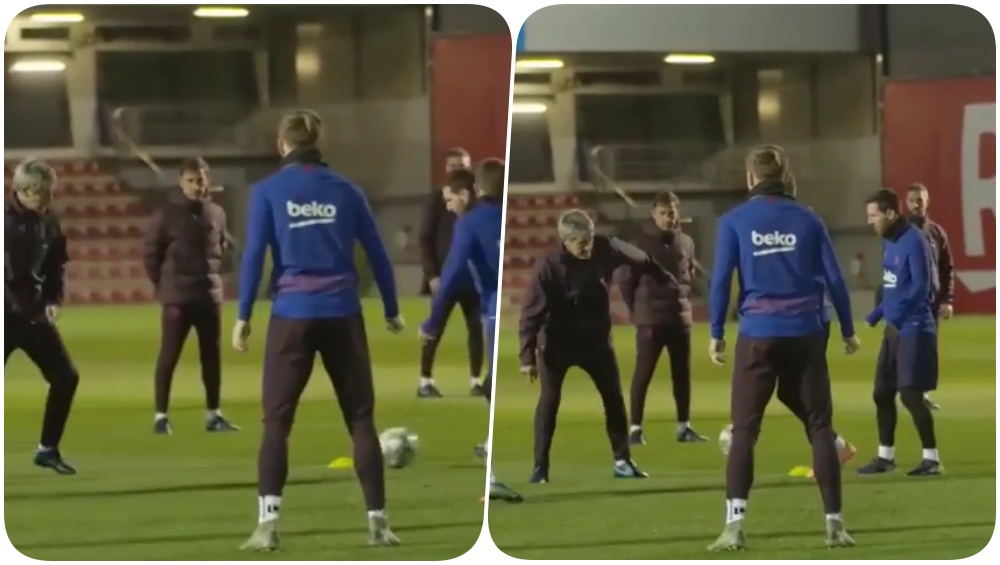 Quinque Setien recently joined team Barcelona after Ernesto Valverde was sacked as the manager of the team. The new coach is leaving no stone unturned to gel well with the teammates. The other day he hosted dinner for the team and today he turned up at the practice session of the Catalan Giants and sweated it out with the players. He gave a tough time to the five-time Ballon d’Or winner Lionel Messi in the nets. The video of the same was shared on social media. Barcelona Meet For Team Dinner Organised By New Manager Quique Setien Ahead of La Liga 2019-20 Clash With Granada (See Pics).

Barcelona will play against Granada in the La Liga match on January 20, 2019. Barcelona stands on number two of the La Liga 2019-20 points table. Yesterday the official account of Barcelona shared the video where Setien was seen flaunting his football skills. For now, let’s check the video where the new manager gives Messi a run for his money.

Ahead of the game, Setien addressed the press and said, “I guess they’ll want to repeat the game that worked out well for them. They could play the same way with the very high pressure that they generated. I always tell my players to expect the best from the opponent. I understand they will try to make things difficult. It won’t be an easy game.” The new manager might pick Riqui Puig for the match against Granada as the midfielder was spotted in the nets sweating it out with the rest of the team.