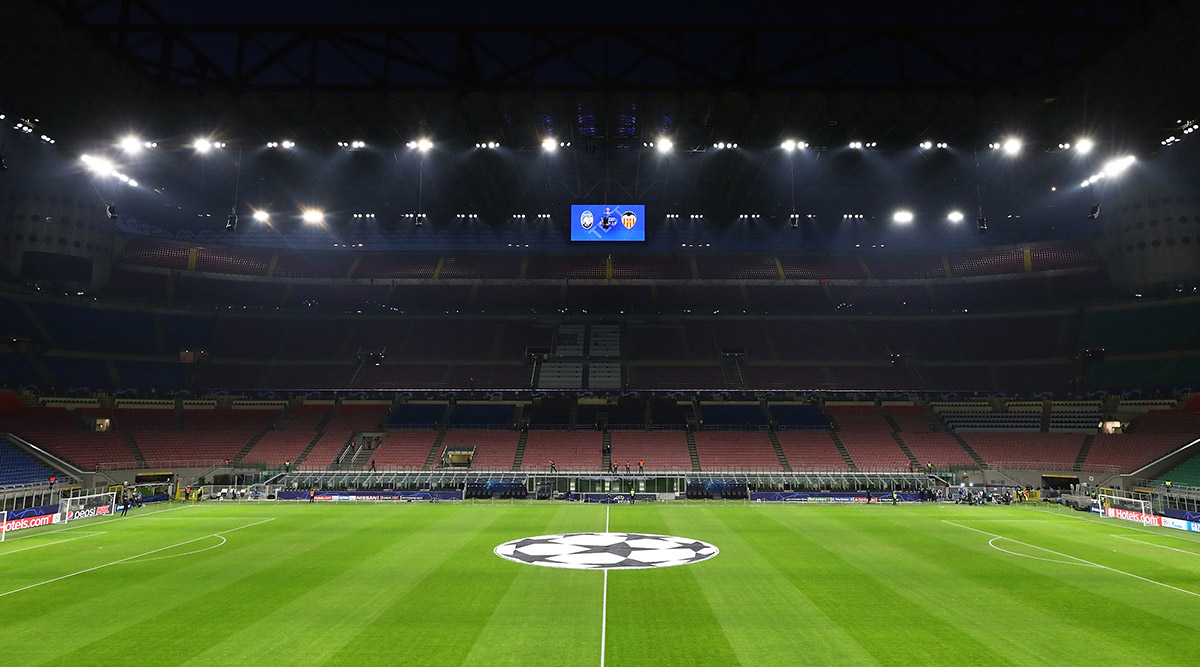 Due to the Coronavirus outbreak in northern Italy, the Europa League Round of 16 tie between Inter Milan and Ludogorets will be played behind closed doors. The fixture will go ahead as planned at the San Siro Stadium in Milan on February 27, 2020 (Thursday) but fans will not be allowed inside as measures are taken to control the epidemic in Italy. The Italian giants are in a commanding position in the tie as they won the first leg 2-0, courtesy of goals from Christian Eriksen and Romelu Lukaku. Inter Milan vs Sampdoria, Serie A 2020 Match Postponed Over COVID-19 Fears.

Inter Milan released a statement on social media through their official twitter account on late Monday night that the Europa League game against Ludogorets will take place behind closed doors. Inter said the decision was taken ‘in accordance with the requirements of the health authorities in the Region of Lombardy and the Municipality of Milan and with the agreement of UEFA.’ Coronavirus in Italy: New COVID-19 Cases Shutter Italian Village After Six Test Positive.

The Bulgarian side also announced that they had received a letter from the Italian side stating that the city’s health department has given the green light for the match to take place behind closed doors and added that UEFA is monitoring the situation and will react immediately if anything changes.

Few fixtures from the weekend in Serie A were also put off over the fear of the Coronavirus outbreak. Inter Milan vs Sampdoria, Atalanta vs Sassuolo and Hellas Verona vs Cagliari were pushed back to avoid the spread of the virus. These games have been postponed to a future date and further information is expected soon from the Italian Football Federation (FIGC).