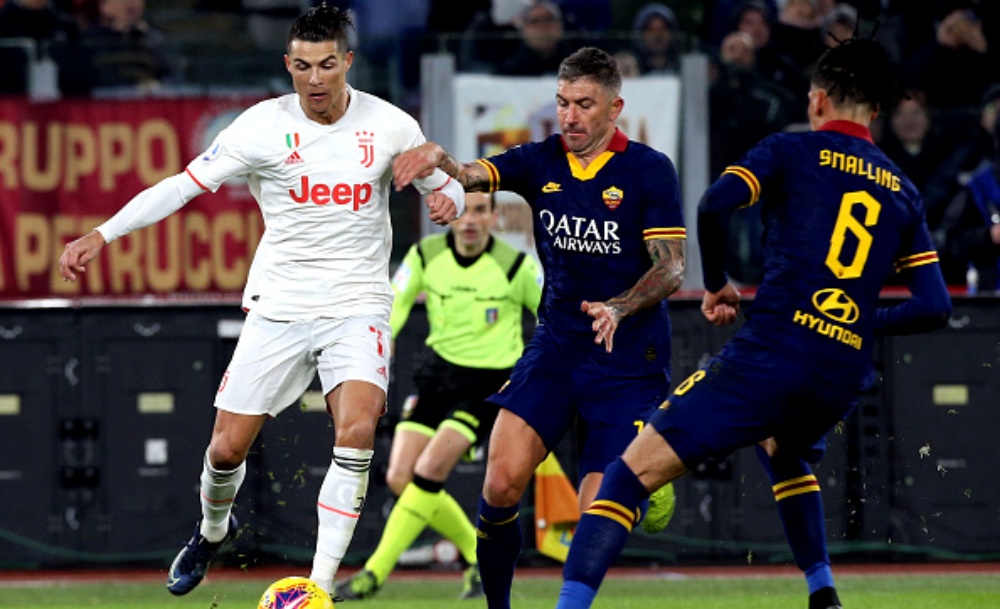 Cristiano Ronaldo has been on a roll ever since the start of the year. In the first game against Cagliari, the Juventus star scored a hat-trick and in the match against Roma yesterday, he once again netted a goal and put the team on 2-0 within the first 10 minutes of the game. The match was held at the Stadio Olimpico. Apart from the goal by the former Manchester United player, it was the crazy football skills by CR7 against Chris Smalling that grabbed the attention of the netizens. Serie A 2019–20 Result: Early Goals From Merih Demiral and Cristiano Ronaldo Guide Juventus to 2–1 Win Over Roma.

Cristiano Ronaldo brought the ball down with Smaling chasing the same. Before a second thought, in a blink of an eye, Ronaldo stopped the ball with the right foot and flicked it to the left before heading towards the touchline. The video of the incident went viral on social media and the fans could not keep calm as CR7 displayed skills. Check out the video of the incident below:

The match began with Merih Demiral netting the first goal for Juventus in the first three minutes of the game. Ronaldo then chipped in to double the lead at the 10th minute of the game. Diego Perotti converted his penalty into a goal. With this goal, Ronaldo has now scored against every team in Serie A. The Bianconeri now tops the table with 48 points leaving behind Inter Milan who has 46 points.