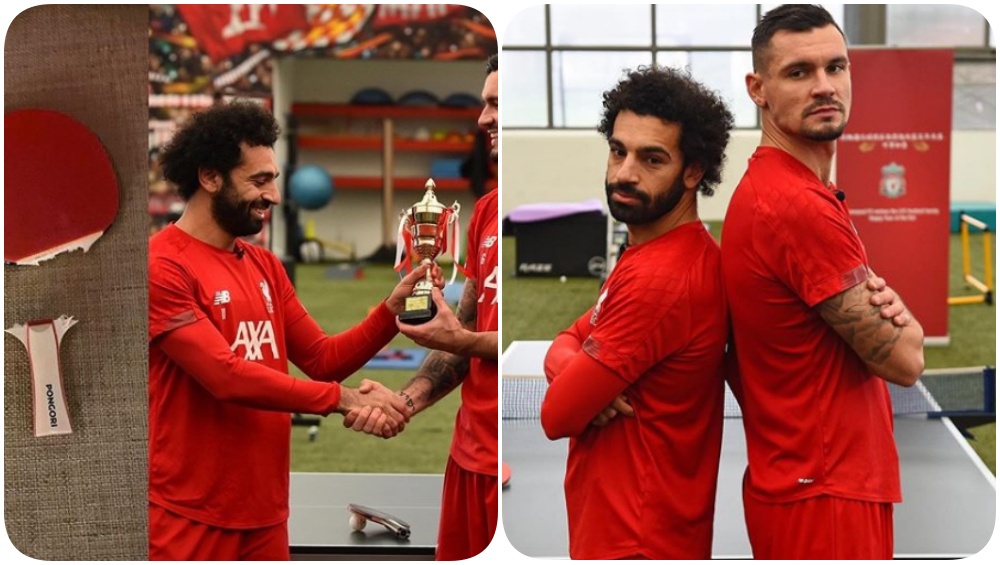 Dejan Lovren and Mohamed Salah share a very good commodore. The two are often seen pulling each other’s leg even during the practice session. The two spend a lot of time together not only on the field but also off the pitch. Not very long ago, Lovren and Salah were seen playing table tennis where the latter had the last laugh. Now, ahead of their game against the Wolves Lovren once again indulged into the sport of table tennis where it was Lovren who walked away with the last laugh. Mohamed Salah Hilariously Trolled by Dejan Lovren in his new Instagram post Ahead of Liverpool vs Burnley, EPL 2019.

Lovren went on to troll Salah for the win on social media. He put up a series of snaps where he in one of them he was seen smashing the ball to Salah. In one of the other pictures, Salah and Lovren were seen posing alongside the table tennis board. But what caught our attention was the caption that went alongside the snap. “From smashing my ping pong racket to beating @mosalah on live stream. One word. Priceless. #fakesmile Watch the full beating upload on my profile link. Enjoy.”

From smashing my ping pong racket to beating @mosalah on live stream. One word. Priceless. #fakesmile Watch the full beating upload on my profile link. Enjoy 😉

Talking about Mohamed Salah, he has slammed a goal against Manchester United. In the match against Wolves, Liverpool went on to defeat their opponent by 2-1. With this, the Reds have remained unbeaten in the Premier League book so far and also lead the table with 67 points in their kitty. Manchester City is on number two with 51 points in their kitty.