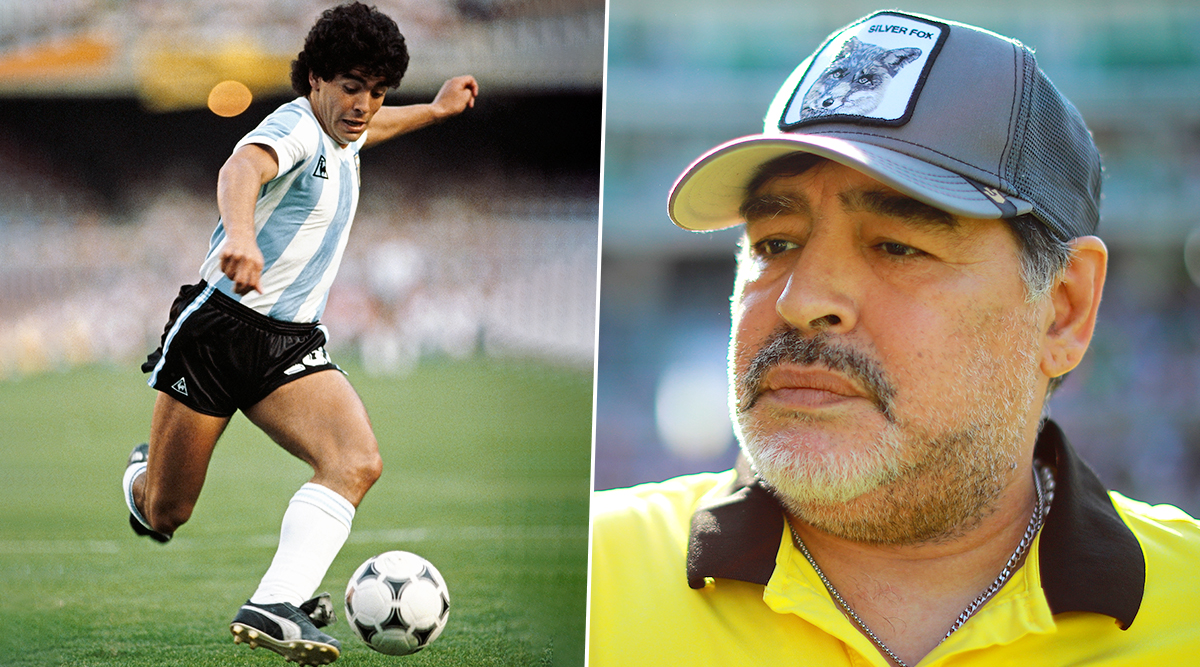 Diego Armando Maradona or simply, Maradona was born on October 30, 1960, in Buenos Aries and will celebrate his 59th birthday on Wednesday. He is widely regarded as one of the best football players of all-time of not the best of all time. He is one of the two joint winners of the FIFA Player of the 20th Century award, the other being Pele. In his International career for Argentina, Maradona scored 34 goals in 94 appearances. He played in a total of 4 World Cups including in the 1986 World Cup where he captained Argentina on their journey to become world champions. On the occasion of the Argentine's birthday, we take a look at the top 3 goals scored by him in his illustrious career. Diego Maradona Quotes on His 59th Birthday : Ten Powerful Sayings by Football’s Full-Time Angel, Half-Devil.

Diego Maradona scored this goal in the 1994 World Cup against Greece in a Group D clash. After some brilliant collective play by Argentina, Maradona unleashed a left-foot shot past the Greek keeper Antonis Minou, which left him helpless.

2. Goal of the Century

Diego Maradona’s solo goal against England in 1986 World Cup is as good as a goal can get and it will be very hard to replicate something like this. Maradona went on a 60-yard run dribbling past half of the England team before scoring. This goal is widely regarded as the ‘Goal of the Century’.

This goal against England is one of the most controversial goals in the history of the game. Maradona used his arm to divert the ball past the England keeper that Maradona himself described as the ‘Hand of God’.

Maradona played for Boca Juniors, Barcelona, Napoli, Sevilla and Newell’s Old Boys during his club career. He is most famous for his time at Napoli where he reached the peak of his professional career and elevated the team to the most successful era in its history, where they won their first-ever Serie A Italian Championship in 1986-87. Diego Maradona Movie Review.

Maradona's coaching career was not as good as his playing days. He managed teams like Argentinos Juniors, Racing club in his native Argentina and also Al-Wasl FC from Dubai but with little success. Reaching the quarterfinals of the 2010 World Cup with Argentina remains his only noteworthy achievement.