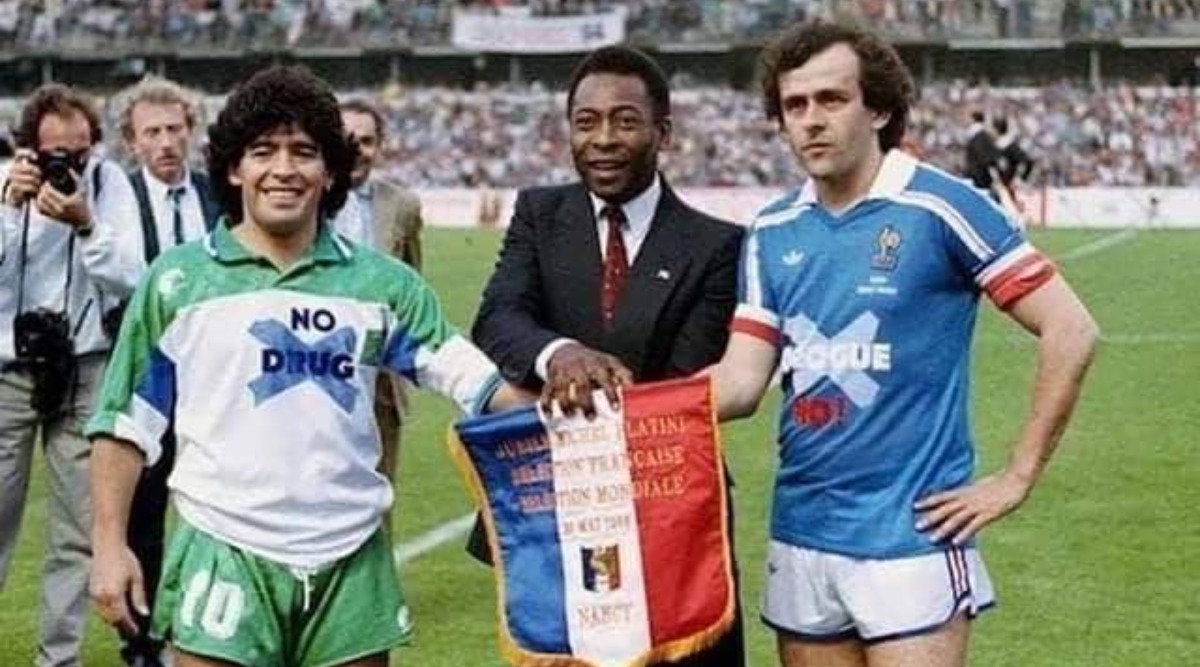 Asif Kapadia once again proves that he can make documentaries engaging and riveting. The helmer of Senna and Amy, one a BAFTA winner and the second an Academy Award winner respectively, Kapadia is rooting for another acclaim with his latest work in Diego Maradona. While his previous documentaries were more informative and took us through a journey about individuals who have world fame but not enough fan following, that wouldn't be the case with Diego Maradona. Boris Becker Goes Bankrupt: From Diego Maradona to Mike Tyson, Here's a Look at Sports Personalities Gone From 'Riches-to-Rags'

During a press conference, Kapadia revealed how the subject of football and football legend Diego Maradona was a subject that he simply couldn't afford to lose. In fact, he had been pursuing the Argentinian footballer for quite some time. It was only after winning an Academy award for Amy that he managed to grasp Maradona's attention. Despite a story known across the globe, Kapadia has something to give that not a lot of documentaries have been able to churn out. Check out our review of whether Asif Kapadia does justice to Maradona's tale as football's infamous God.

The story of Diego Maradona in the documentary majorly features his time as a player for Napoli, the 'hand of God' moment, the downfall in Napoli, the illicit baby, drug abuse and addiction, weight issues and finally, retirement from football. Of course, all these nuances have been covered by Kapadia but the screen mainly sees him rise to become football's god (or so deem the people in Napoli) and the eventual downfall. The documentary begins on a very stimulating note with a bravura style which involves a voiceover while a car is frenetically being chased by a throng of people. Diego Maradona Steals Thunder from Lionel Messi at Argentina vs Nigeria 2018 FIFA World Cup Clash, Check Funny Jokes & Memes

Maradona's first appearance on the screen was sure to bring forth a lot of fanfare and noise from the audience, which it did even though there were us critics seated and expected to be prim and proper. Well, as a football fan, you simply cannot seat yourself with no reaction on the arrival of a young Diego Maradona with his curly black locks and a big smile. After some nice introductions of Maradona as well as his family, the scene directly skips to the infamous expensive transfer ($5 million in the 1980s).

Interestingly, just a small segment of a quote from Pelé is also added in the documentary where he is seen stating that while Maradona is the righteous prodigal son to football after him, there are things that the young chap is still unaware of. He specifically mentions how the media glare would probably not go down well with Maradona. Hats off to the way it has been placed in the documentary. Many viewers might probably not think over it but by the end of the movie, this is one thing that really explained Maradona's fall. Lionel Messi Should Quit Argentina National Team; Says Diego Maradona

Of course, the inability to move to another team and continue with the excitement for football in his life, not to mention the mob connection, intoxication and addiction, all furthered his downfall. The best part about the documentary is how the filmmaker has divided the footballer into two diverse personalities, Diego and Maradona. As the movie progresses the explanation of having the Argentinian footballer's full name as the title of the documentary starts to make more sense. Not to mention how it also allows viewers who weren't even born at the time of the matches, get a chance at watching it on big screens!

- The filmmaker's vision of how the story moves forward

- Intriguing plot for a documentary

Asif Kapadia has the talent to make people interesting. Sure, Maradona is already an interesting personality, to say the least. However, a documentary that follows his journey could be pretty daunting watch at the time of biopics. But Kapadia's storytelling avoids the pizzazz but makes it an engaging watch. He captures nuances of the character that keep the audience hooked. Diego Maradona is a must-watch, not just for football fans but for the audience in general. Those who do not know about football's flawed god will finally meet and understand what made him such a big star but also the most hated person in Italy.