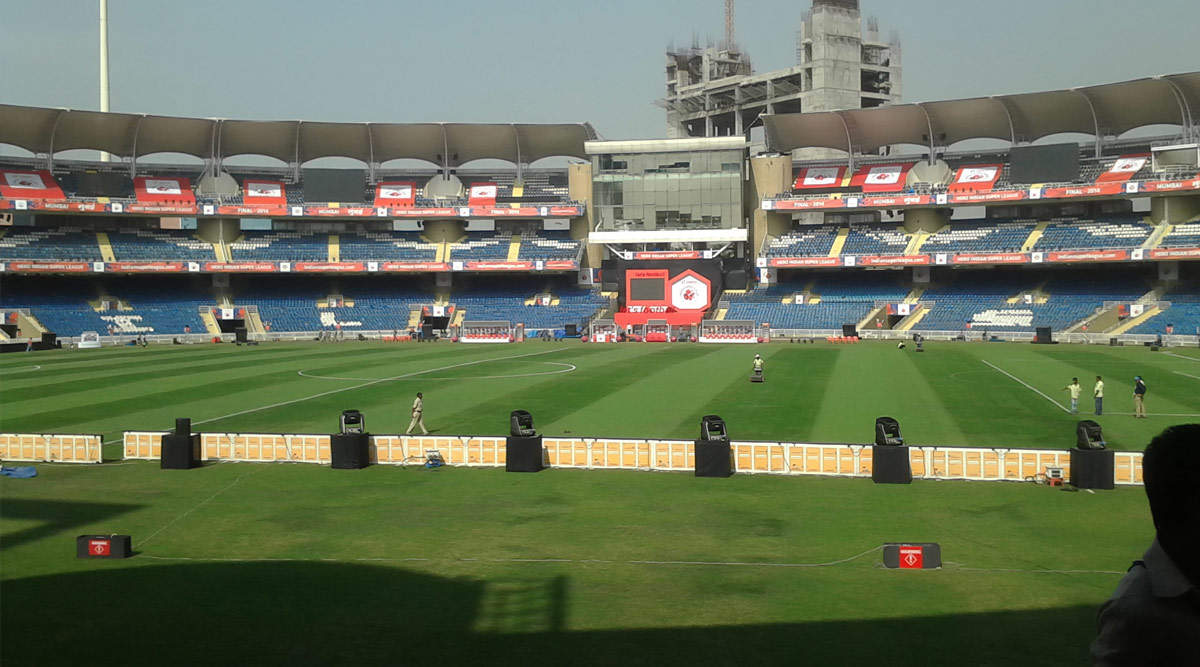 Football in India is on the rise as after hosting the 2017 FIFA U-17 World Cup, the country is once again set to be the home for yet another major footballing event. This time India will host the U-17 FIFA Women’s World Cup starting from November 2, 2020. A total of five cities – Ahmedabad, Bhubaneshwar, Kolkata, Guwahati and Navi Mumbai – will host the tournament with the final being played at the DY Patil Sports Stadium in Nerul, Navi Mumbai. The ground also hosted the semi-finals of the U17 WC back in 2017. Motera Stadium First Look: BCCI Shares Aerial Pic of World’s Largest Cricket Venue in Ahmedabad.

A total of 16 teams will compete across 32 matches to lift the coveted trophy in Navi Mumbai on November 21, 2020. All the group stage matches will be played in Ahmedabad, Bhubaneshwar, Kolkata and Guwahati with DY Patil Stadium hosting games during the knockout rounds. India’s Sports Minister Kiren Rijiju said ‘As India prepares to host yet another FIFA event, I look forward to the support from the whole country in making this tournament a rousing success. Our Indian U-17 women’s team will be playing in a FIFA tournament for the first time.’

It's time to Kick Off The Dream!

‘Our Indian U-17 women’s team will be playing in a FIFA tournament for the first time. It is a proud moment for the nation and we will provide all possible support to ensure its success.’ Rijiju added. All India Football Federation (AIFF) Praful Patel said that India will seek to host the U-20 World Cup and the FIFA Club World Cup next.

It’s time for the girls! The match schedule for the FIFA U-17 Women’s World Cup India 2020 is out. Guwahati to kick off the tournament on the 2nd November and Navi Mumbai will host the finals for this year’s edition. #U17WWC pic.twitter.com/ZSJf7NwXEy

Fans in these 5⃣ Indian cities will #KickOffTheDream this November 🙌 pic.twitter.com/B6IL5oWJ3j

The official slogan – Kick Off the Dream – of the tournament was also announced during the press conference in Delhi. This will be a good opportunity for young footballers in India to showcase their talent at the grandest stages and also for the country in their bid of hosting other such prestigious tournaments.