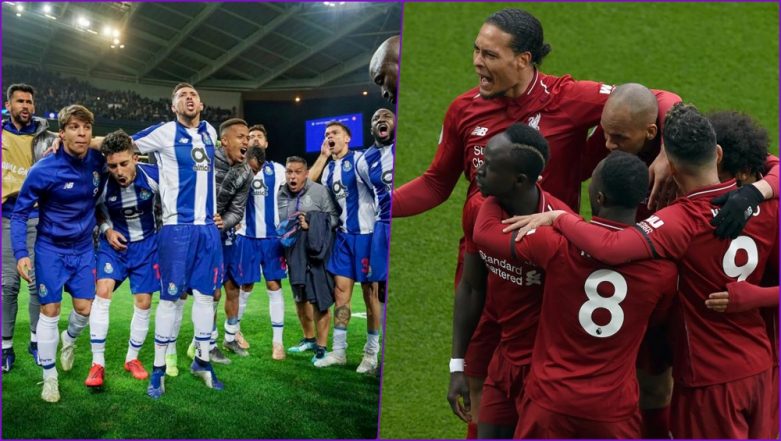 Liverpool may feel they have one step in the semi-finals of the UEFA Champions League, but they still need to get the job done in Portugal against FC Porto. The Reds have a two-goal advantage after the first leg where they enjoyed greater dominance against the Portuguese outfit. With a pulsating domestic title race going down to the wire, a semi-final appearance in Europe’s premier competition will get the Red fans excited of a possible double. Porto responded well after the defeat at Anfield winning 3-0 against Portimonense but will probably have to produce one of their greatest games in their history to go further in the tournament. FC Porto vs Liverpool - Live Football Score Updates.

Jesus Manuel Corona suffered an ankle injury in Porto’s last game, and the winger could miss out against Liverpool. Vincent Aboubakar’s ruptured ACL rules him out of the crunch game, and the forward’s absence is a massive blow to the home side. Hector Herrera missed the away leg, and the Mexican should be back the Porto’s midfield for tonight. He will have another sweeper Danilo Pereira alongside him, and the duo needs to get their team ticking. Moussa Marega missed quite a few easy chances for Porto in the first leg and will need to improve vastly.

Skipper Jordan Henderson has travelled with the Liverpool squad after recovering from a knock suffered in the 2-0 win over Chelsea in the weekend. Dejan Lovren who featured against Porto at home is not in the squad due to illness. Joel Matip and Virgil Van Dijk will be the two central defenders for the Reds which is also their first choice partnership. Naby Keita and Fabinho finally look like they are getting a few games together after a difficult season. Mo Salah’s goal drought is over, and the Egyptian is back scoring wonderful goals which is not good news for their opponents.

FC Porto vs Liverpool, the Leg 2 of 2 match of UEFA Champions League 2018-19 Quarter-Final on April 18, 2019 (Thursday as per Indian time). The mouth-watering clash will take place at Estádio do Dragão Stadium in Porto, Portugal with Manc City vs Tottenham kick-off time being 12:30 am IST.

The live telecast of FC Porto vs Liverpool will be exclusively available on Sony Ten 1, Sony Ten 2, or Sony ESPN channels.

Where to Get Free Live Streaming Online of FC Porto vs Liverpool, Champions League 2018-19 Quarter-Final Leg 2 of 2 Football Match?

Expect Liverpool to use their possession intelligently and draw Porto out in order to hit them on the break. The Reds’ next significant game in Europe is Barcelona and its all formalities in Portugal tonight.