FPL Tips for Gameweek 17: Three Best Picks As Captain and Vice-Captain for Your Fantasy Premier League Team This Week 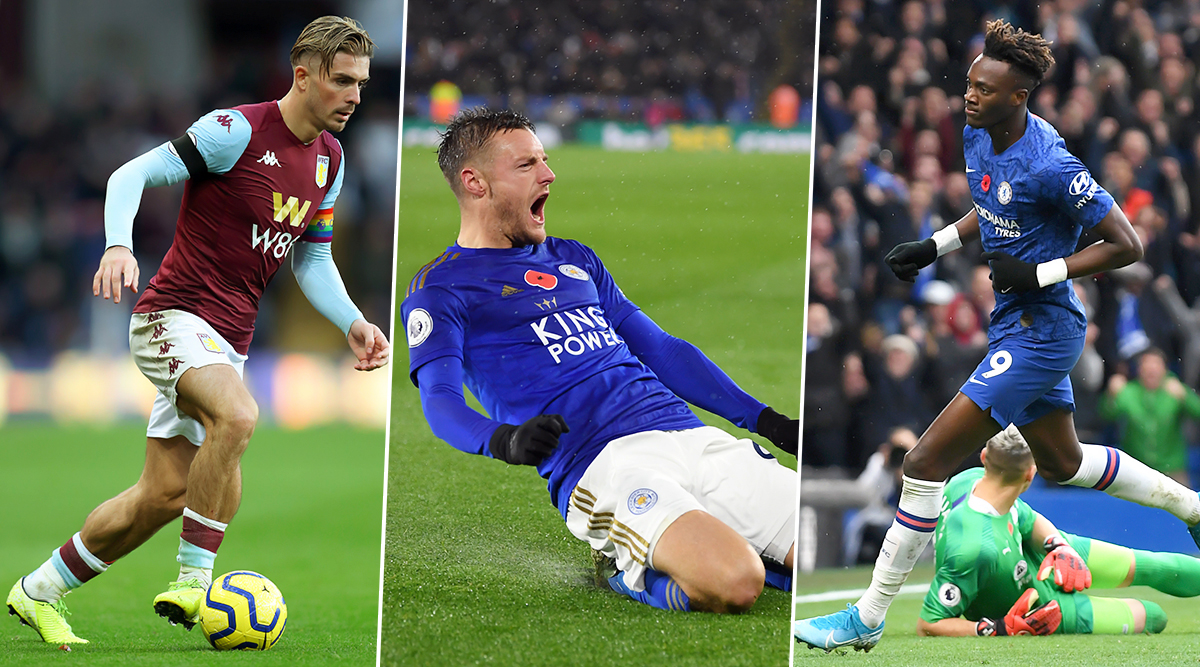 As we head for Gameweek 17 of the English Premier League, we bring you the three best picks for your FPL Captain and Vice-Captain this week. Considering the easy fixtures in the next few weeks we have come up with the top 3 contenders. Jose Mourinho-led Spurs are inconsistent in their play at the moment as after a 5-0 staggering win over Burnley they lost to Bayern Munich 3-1 in the UEFA Champions League group stage. Chelsea's 3-1 Defeat to the Toffees away from home is also a point to note down. Tammy scored in the UCL win over Lille and Chelsea are expected to return to winning ways against a struggling Bournemouth side. Man Utd won 2-1 against Man City and Arsenal's key players Pepe, Martinelli and Aubameyang all scored for the gunners in the past week. Premier League 2019-20 Results: Arsenal Relieved as Worst Winless Run Since 1977 Ends With 3-1 Victory Over West Ham.

Leicester City v Norwich City, Chelsea v Bournemouth and Sheffield United v Aston Villa are the major fixtures taking place on Saturday which will get you great FPL points for sure. However, everyone will have their eyes set on the big game on Sunday -- Arsenal v Manchester City -- which will see the Citizens traveling to the Emirates stadium after a convincing performance in the UCL group stage game. Speaking about the injured players not to include in your FPL team for Gameweek 17 includes Arsenal's Left-back Kieran Tierney who will miss next few Gunners fixture due to Shoulder Injury. Bournemouth's Nathan Ake, Liverpool's Dejan Lovren, Aston Villa's Tyrone Mings and Everton's Lucas Digne are some defenders who will miss Game week 17 due to their respective injury. Premier League 2019–20 Result: In-Form Jamie Vardy Fires Leicester City to a 4–1 Win Over Aston Villa.

So now let's take a look at the best players who should undoubtedly be either your Captain or Vice-Captain in your FPL side for Game week 17.

Engish midfielder Jack Grealish's last four games opposite Newcastle, Manchester United, Chelsea and Leicester have been impressive with an average of just under six points per round. The Aston Villa captain is literally an engine on the wings and will look to add to his goals and assist tally of four each, after the weekend's game against Sheffield United. With easy fixtures against Southampton, Norwich and Watford up next Grealish would surely be a man with assists or even a few goals which would also raise his price tag simultaneously. A great buy at £6.1.

Chelsea forward Tammy Abraham made a stellar comeback midweek with the Champions League game and has now scored in each of his last 3 appearances at Stamford Bridge, in all competitions. The 22-year-old striker has been instrumental in creating 13 big chances at home in Premier League matches this season; more than any other player. Chelsea scored just 11 goals during those games but only Liverpool (30) and Man City (33) have created more than the Blues 29 big chances during home matches. How can you miss Tammy Oh Boy!

If you are ignorant you surely do not have the man in form Jamie Vardy in your FPL team. The England international is the most picked FPL player with 66% of voters opting for the Leicester City Striker. Vardy enjoyed scoring a brace against Aston Villa last weekend and made it 8 consecutive games where the in-form man has found the back of the net and he’s showing no signs of slowing down. The 32-year-old ranks top for creating chances with (8), shots inside the box (16) and shots on target (10) in the last 4 Gameweeks.