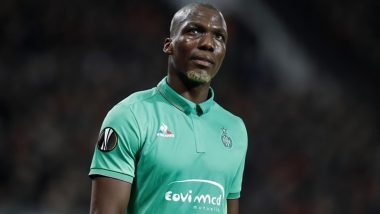 "Florentin Pogba leaves Sochaux-Montbliard. One year from the end of his contract, the Guinean International wanted to discover a new championship and has transferred to ATK Mohun Bagan FC, which plays in the Indian championship," said Sochaux-Montbliard in a statement. The 31-year old played 62 matches for Sochaux-Montbliard after signing up for them in the summer of 2020. Pogba has also played for French Ligue 2 club Saint-Etienne and American club Atlanta United.

ATK Mohun Bagan, who won the ISL thrice in the guise of ATK, finished fourth in the league standings last season. They made the playoffs but lost to eventual champions Hyderabad FC in the semi-finals. "This is a new opportunity for me. It will give me a chance to know the country, new championships and many clubs. I am able to enter the field with a club rich in tradition. It's huge to me,'' said Florentin Pogba. The 6-foot 4-inch defender also has the experience of playing for the junior French national team before moving to Guinea to play at the senior level. Florentin Pogba has 31 international caps for Guinea after making his debut in 2010. India Jump Two Places to 104 in FIFA Ranking.

This is the second major signing for ATKMB ahead of the AFC Cup 2022 inter-zone play-off semi-finals in September. On Thursday, ATK Mohun Bagan had announced the signing of 29-year-old central defender Brendan Hamill, who played for Australian A-League side Melbourne Victory, on a two-year deal. Indian midfielder Ashique Kuruniyan from Bengaluru FC also signed up for ATK Mohun Bagan on a five-year deal earlier this month.

(The above story first appeared on LatestLY on Jun 25, 2022 06:27 PM IST. For more news and updates on politics, world, sports, entertainment and lifestyle, log on to our website latestly.com).