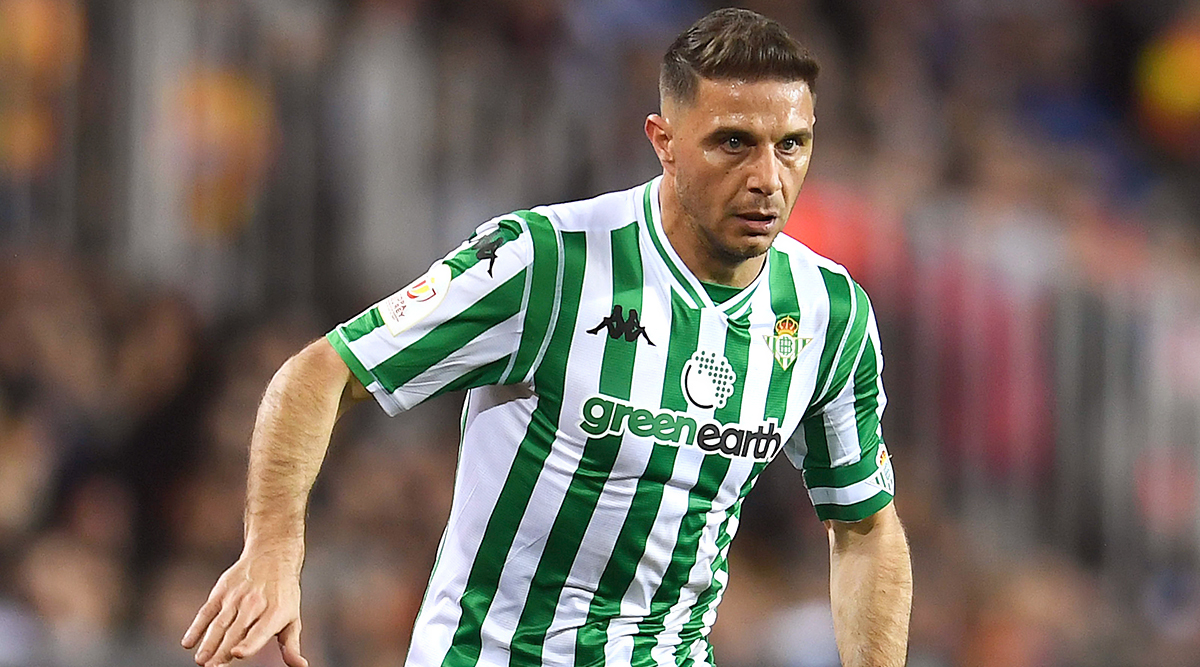 Seville (Spain), December 9: Real Betis captain Joaquin has become the oldest player to score a hat-trick in La Liga. He achieved the feat against Athletic Bilbao where Betis won the game 3-2 at Benito Villamarin played on Sunday evening. According to a report in BBC Sport, Joaquin netted his first career hat-trick at 38 years and 140 days old. The winger opened the scoring in the second minute against an Athletic Bilbao side with the best defensive record in La Liga. He then scored his second in the 11 minutes before firing in again to complete an 18-minute treble after 20 minutes. Luis Suarez Scores Sumptuous Backheel Goal During FC Barcelona vs RCD Mallorca Clash in La Liga 2019–20 (Watch Video).

His early goals proved the difference as Yuri Berchiche added to Inaki Williams' penalty late on to make for a nervous final 15 minutes for the hosts. Joaquin, who achieved the feat in his 533rd Spanish top-flight game, broke Alfredo di Stefano's record as the competition's oldest hat-trick scorer which had stood for 55 years. Stefano had scored his last La Liga hat-trick at the age of 37 years and 255 days.

Donato Gama da Silva, simply known as Donato, remains the oldest goal-scorer in La Liga and Joaquin will need to score again in two years' time to beat that. Teddy Sheringham is both the oldest goalscorer at 40 years and 268 days and the oldest hat-trick scorer at 37 years and 146 days in the Premier League.